Is it time to ditch the phrase ‘anti-ageing’? What’s wrong with ‘ageing well’?

A quick look at any rack of magazines, any newspaper, ads on television – even characters in films and shows – and the message is loud and clear. Youth is good. Age is bad.

The term ‘anti-ageing’ seems to be on every pot of cream, every bit of home fitness kit or leisure wear – even your damn shampoo, indicating that the product in question is designed to hold back time. To stop the ageing process. It underlines our apparent desire to stay young forever. It’s time to ditch the phrase ‘anti-ageing’.

We don’t embrace our ageing

This attitude has long-been considered a Western issue, with the East lauded as a part of the world where the elders are revered for their wisdom. But even this is changing.

A study published almost ten years ago had already identified cultural changes starting to happen then – a decade ago!

“Demographic and social changes… have affected the ability of the young to meet traditional expectations,” it reports. “Family sizes are much smaller than they once were… Moreover, expectations of the young have been affected by their exposure to other cultures.”

So it seems globalisation is affecting the Asian attitude now too. The study does, however, underlines that cultural influence does persist. And certainly it seems likely that the peoples of China, Korea, Japan etc do still have a more healthy and loving attitude towards the older members of their family.

Modern images of youthful beauty, however, now cross the globe. With a very few exceptions. And again, despite the love and care the East might have for their elders, activity in popular culture is sending a similar message to them now as well. More like, ‘youth is good’. ‘Age is meh but at least you’ll be looked after better’.

But there is rebellion on the horizon

Times are changing. The advertising giants are waking up to the fact that soon, over 50% of the world’s entire adult population will be over 45. And it is astonishing that whilst their leisure spend is greater than any other age group, we still see marketing – aimed at older people – filled with young people and youthful imagery.

What is this obsession with youth? Isn’t it healthier to embrace our age?

There is change coming though. Older faces are being used in ad campaigns, and the emphasis is moving away from ‘stay young’ and focusing more on ‘stay healthy’. So there is at least some progress.

What is this obsession with youth? Isn’t it healthier to embrace our age and celebrate it? Living forever would be no picnic. Remember the film ‘Death Becomes Her’? Haven’t we learned anything yet?!

We asked our readers

We wanted to know what our Tonic readers thought about this issue. So we asked them on the Tonic Facebook page – do they like the idea of ‘anti-ageing’ or prefer something else. The answers were pretty much all in the same vein.

Carol Shaw says, “‘Ageing naturally’ seems a better way to go, but then I’m in my 70s, ageing is not an issue for me. I’m happy within.” And Margaret Layland agreed with Carol. “Ageing well. Ageing is natural and we shouldn’t be embarrassed by it, or even worse, made to feel embarrassed. I do like Carol’s ‘Ageing naturally’.”

Heather Critchley makes a really valid point about ageing being something we can’t avoid; “We all know anti-ageing is a lie. We all age so don’t make it something to fear!” she says. And Tessa Van Rensburg goes even one step further, simply suggesting that anti-age should be pro-age. As Sylvia Petty points out, “It’s a privilege to age so we really shouldn’t knock it. Wellness is a wonderful thing, whatever age we are.”

Many of the replies showed that there is anger around this issue, and rightly so. And there is also a sense of gratitude for still being here, when others aren’t. Let’s face it, the opposite of ageing is, well, not being here. Any many of the respondents were keen to talk about that.

Gill Banks points out that, “I think ‘anti-ageing’ is mildly insulting. It assumes I don’t want to age, that the only stage of life to value is something that came before. It isn’t. I value my ageing. I’d rather be older, with my life history showing on my face, accepting of myself, than scrabbling after a youth that’s gone.” 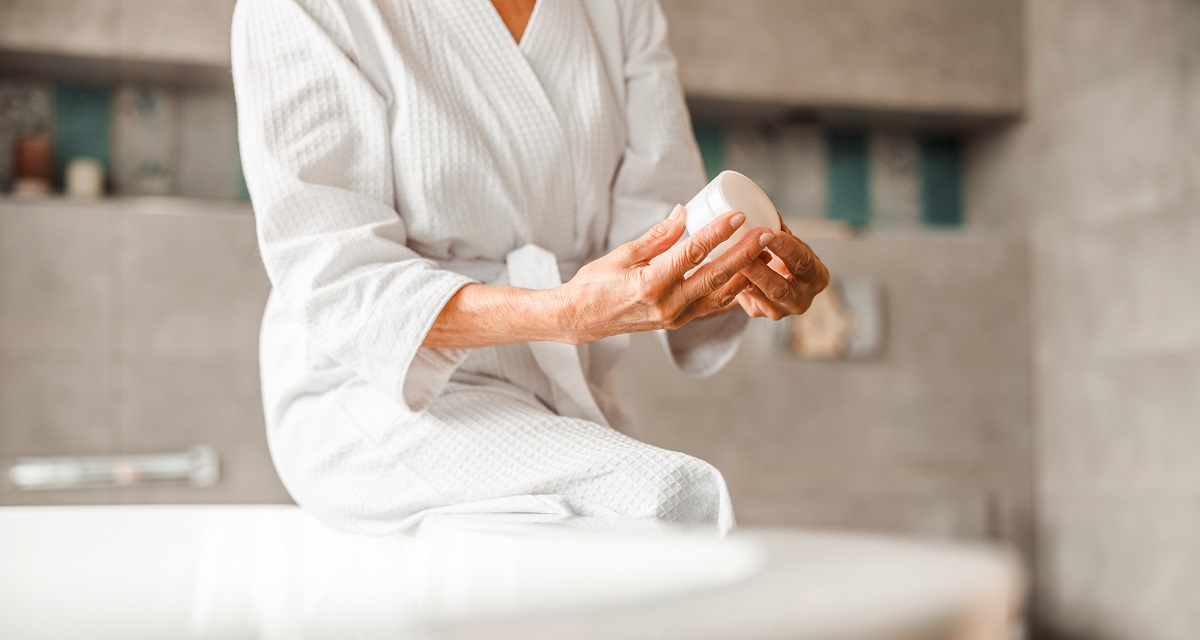 And Yvonne Rose Sleeman pinpoints it even more accurately. “I don’t see why we have to mention ageing at all. Every time period of our lives is equally precious and we are differently beautiful throughout. How gorgeous is the face of an elder person?

“You only have to look at the stunning images of 80-100 year old people on Pinterest. I hope to live long enough to gather my share of wrinkles, and to continue to admire the unique lines and marks of my life with a growing pleasure.”

Didn’t hear much from the men…

Men face different challenges when ageing perhaps – because there was only ONE guy who commented. Perhaps men don’t face the same kind of pressure to look young as women do. But they do face other issues as part of their ageing process.

Men for example, are more likely to become depressed during retirement. Find it hard to feel ‘useful’ or productive. And the ‘midlife crisis’ might be bandied around as a joke but it’s a real thing. Men have their own ageing challenges. But being expected to look 25 forever doesn’t seem to be one of them.

Nobody in favour of anti-ageing?

We didn’t have a single commenter talk about a desire to stay young. There could be two factors in play here though. The first, is that perhaps everyone does genuinely feel like ageing is a positive thing, and that we should move away from ‘anti-ageing’ to more positive messaging, like ‘ageing gracefully/naturally’ or ‘Ageing well’.

The second could also be down to the fact that anyone feeling there’s nothing wrong with wanting to stay looking young would have been massively outnumbered on that thread. So perhaps they felt shy about posting.

Whatever you feel about ageing – whether you would like to stay youthful, or you’re happy to embrace the changes, do it with grace. Our respondents were keen to say we shouldn’t judge others, and accept that one size doesn’t fit all. And this is definitely an attitude that all generations could benefit from.

However you feel, choose the thing that fits you best. As Olay say, love the skin you’re in. Now let’s get them to take ‘Anti-ageing’ off their branding!