Older men lead the suicide stats. What can we do to help?

Three quarters of the suicides in the UK are carried out by men. With World Suicide Prevention Day raising awareness we ask why, and what can we do about it?

The numbers of men committing suicide are alarming, with the highest suicide rate being among men aged 45-49, with 24.8 deaths per 100,000.

Interestingly there’s also a big leap for both sexes taking their own lives in their mid- to late-80s. It seems likely that this could be related to loneliness or illness. Regardless, clearly, we still have a long way to go in terms of understanding and preventing suicides, especially amongst men.

But with men accounting for three quarters of all suicides, why are men more at risk than women?

A Government-funded campaign recently run by mental health charities Rethink and MIND has brought focus to bear on suicide prevention and reducing the stigma around mental health issues and the ONS records falling rates of suicide year on year since 1981, when record began. But as MIND identifies, even one death from suicide is one too many.

Women are stereotypically more emotional than men, more likely to cry, talk about emotions, or express their fears than men. So surely, they would be more likely to commit suicide? In their fragile, emotional states?

In fact, it seems likely that the opposite is true.

Whether more men are committing suicide than women because they are unable to express their emotions and talk through any problems they may be experiencing isn’t necessarily proven, but faced with anecdotal evidence, it would seem highly likely. According to a study by the Samaritans, men’s emotional literacy – their ability to put feelings into words – may lie at the heart of the issue.

Many men, especially those who are middle-aged or at the later stage of their lives, were brought up to keep a stiff upper lip. Mask their feelings. Show no weakness and be strong, be the provider. This bottling up of emotions and shouldering of responsibility (imagined or otherwise) can lead to them feeling overwhelmed and unable to cope but without the ability to discuss.

Alana, from Shropshire, worries about her fiancée’s suicide attempts prior to their engagement.

“He was quiet and withdrawn when I met him, and it took a long while for him to open up to me about his past suicide attempts. He suffered, and still does, with depression and other mental health related illnesses and at the time felt that ending his life was the only option he had.

“He really was a classic case of a man trying to hold it all together until he just blew a gasket. I think he was trying to be Superman, not talking to anyone, and got to a place where he just didn’t know what else to do.

“He still struggles now, and has good and bad days, but with our support he is doing a lot better. We try and keep the lines of communication open but I’m also mindful not to end up mothering him.”

Men who are recently divorced or separated may also be particularly vulnerable as they have often lost their main line of support. It’s hard enough for some of them talking to their partners, but once they’ve gone, they struggle to talk to anyone else. 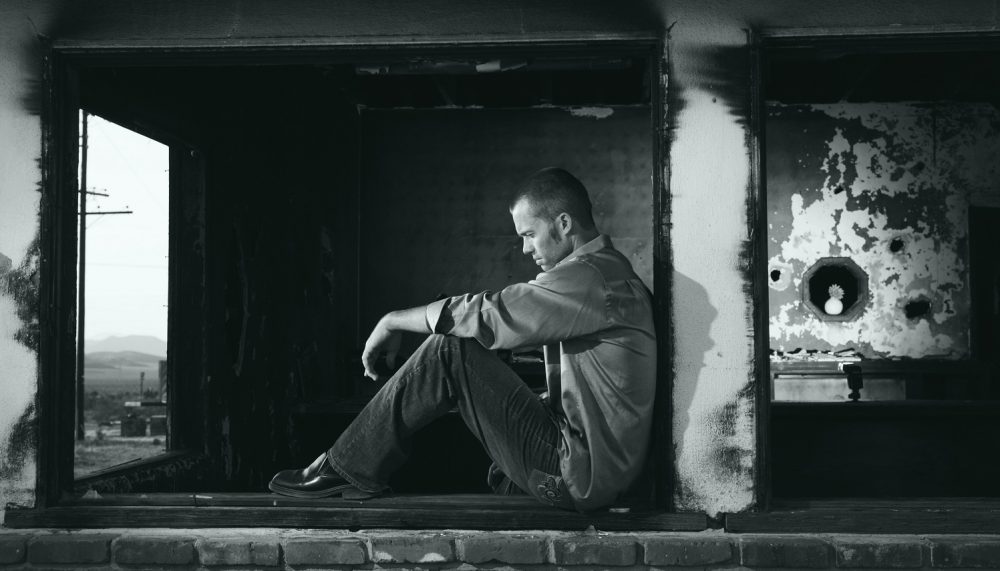 Women on the other hand, often tend to cope better with divorce as they are more likely to maintain contact with friends and family, where as men may become socially excluded from their circle of friends.

Clearly part of the battle is in getting men to open up about how they are feeling and getting them to realise that they do not always need to be the strong ones. They can be vulnerable and admit weakness or failure. Society will not think any less of them.

Losing a job or failing to have a successful career is another major factor in men attempting to end their lives. Even in this day and age, many men feel the need to be the main breadwinner and provide for their family. If this ideology breaks down, they can feel a loss of their masculinity and begin to feel pointless and redundant as a man, husband and father.

Studies have shown that 80% of middle aged men cite their job to be “very important” or “important” to their feelings of self-esteem and self-worth.

David, 58, from North London, was so ashamed of losing his job he hid the fact until it became too much to bear.

“I was made redundant two years ago from a senior management position at a well-known high street bank. I felt unable to tell my wife and family as I felt so ashamed that I had failed them. How could I tell them that I was unable to provide for them?

“As I applied for job after job with no success, my self-esteem plummeted, and I felt completely helpless.

“I couldn’t sleep and couldn’t see a way out of it. And the worse I felt, the more unemployable I became. I drank too much, and stopped being even offered interviews. In the end I’d got some sleeping tablets that the doctor had given me and I took a bunch of those and drank a bottle of gin.

“I woke up in hospital which was not a fun experience, I wouldn’t recommend it to anyone. But it did actually finally mean my wife and I had a conversation about everything. I can’t tell you what a relief that was.”

Although more men are actually dying, statistics show that it’s women who are actually attempting to kill themselves

Although more men are dying from suicide than women, statistics actually show that more women than men are actually attempting to kill themselves. According to a recent study by the ONS, 1 in 14 women have attempted suicide, compared to 1 in 25 men.

Women are more likely to choose less violent and aggressive ways to attempt suicide, for example by taking an overdose. This can be interpreted as a cry for help or admitting weakness and the need for intervention – it also means they’re less likely to be successful. So the predominance of male suicide is skewed if you look at intention.

Men on the other hand, are much more likely to use firearms, asphyxiation, hanging or jumping from a great height as a means to commit suicide and therefore be more successful in ending their lives.

With suicide rates decreasing in recent years, hopefully we are getting closer to tackling this devastating and widespread problem that affects both sexes, all ages, and people from all social backgrounds.

“I contacted C.A.L.M, an organisation that works to prevent male suicides. With their support and advice, I managed to be honest with my wife which was the first step in my recovery. I now understand that suicide is never the right decision. It is a permanent solution to a temporary problem.”

1. Talk to someone. If you can’t face your nearest and dearest, make an appointment with your GP and be brutally honest. They can and will help
2. If you’re having suicidal thoughts istract yourself. Go outside, take some deep breaths, maybe take a cold shower. Try and find out what distraction technique works best for you.
3. Avoid alcohol or drug abuse. These can make you feel worse and effect your decision-making process.
4. Talk to someone! A problem shared is a problem halved
5. Make plans. Having something to look forward to, even if it is something small such as watching a new film or ordering a new dress.
6. Focus on the people who love you. How will they feel if you are no longer with them?
7. Talk to someone! Imagine how your suicide would affect the people who love you.
8. Do not lose hope. Suicide is preventable. You can overcome any negative feelings you may be having and come out the other side happier.
9. Talk to someone. If you kill yourself, you’re not ending the pain, you’re giving it to someone else.

If you need urgent help and do not feel able to keep yourself safe;

Call 999 or go immediately to A&E
Other services that you can contact for support and advice include;
Your nearest Crisis Resolution Team. CRT’s are teams of mental healthcare professionals who can help people suffering from immense emotional distress and mental health problems.
The Samaritans. This service is free of charge and is available 24 hours a day, 7 days a week. You can contact them on 116 123.
C.A.L.M. This is a specific source of help for men who are dealing with issues surrounding suicide. Call them free of charge on 0800 585858.

If you suspect or are aware someone close to you is having suicidal thoughts you should;

• Encourage them to talk to you about their feelings. You may not have all the answers, but you can offer an outlet for them to get their feelings out in the open.
• Suggest that they talk to their GP, a mental health worker or helpline such as The Samaritans.
• Take what they say seriously. If someone close to you is expressing a desire to not go on or they keep telling you they are depressed, do not be afraid to ask if they are feeling suicidal. It is better to be vigilant and help someone before their situation gets worse.
• If you think that suicide is imminent with someone you know, ring 999 immediately or take them directly to an emergency room. Do not leave this person alone. 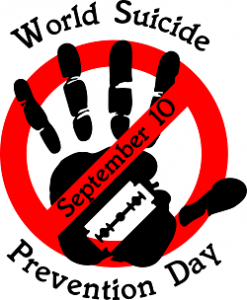 Tabatha Fabray is a writer and journalist with a passion for living...