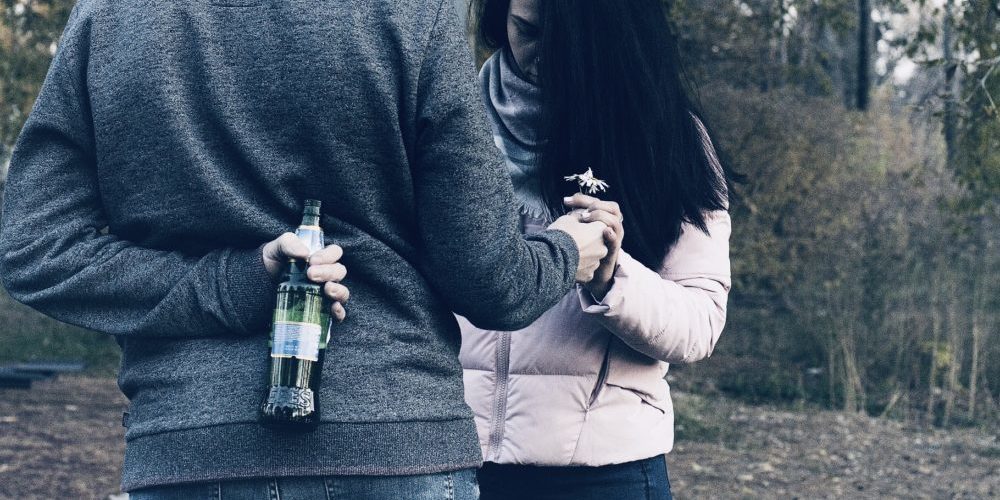 After her father died, Jill tried to find her birth mother, only to discover that she’d died. But joy! She had a half-brother! The initial delight has been replaced by anxiety and worry – he’s an aggressive addict who keeps asking for handouts.

As told to Carly Pepperell…

I was six years old and living in Bristol when my parents split up. My mother just upped and left one day, and after that, it was just Dad and me. We were always really close. I had a different upbringing to my friends, but I wouldn’t change it for the world.

As I was applying for universities, my dad got ill. He had prostate cancer. I decided to go to university in Bristol so I could stay close to him while he was going through his treatment. We kept each other safe; I relied on him for support with my educational and emotional challenges, he relied on me for company and care. Graduating with my dad in attendance was the best feeling in the world.

Once he got the all-clear I felt okay about leaving him more, and within six months I was offered an amazing job and moved to Guildford. It felt like a fresh start, and not so far from Bristol that I couldn’t go back if needed.

Over the years I enjoyed a great life – I loved Guildford, still do, and my job was amazing, leading to travel all over the world. I had some great relationships, and a lot of fun, but ended up married to lovely Tom at about 45, and then the thing happened that I’d been dreading; Dad’s cancer came back.

He couldn’t fight it this time… it wiped him out in a matter of a couple of months. I was filled with an aching loneliness

He couldn’t fight it this time, and although my company were great and gave me time to go home and be with him, he was much older and much weaker. It was staggering – it wiped him out in a matter of a couple of months. I was heartbroken, and filled with an aching loneliness.

After he went, I had this idea that just kept growing. I needed to find my birth mother. I felt I had nothing to lose – I had no siblings and a yearning for ‘family’. Through council records and family history apps, I was able to pinpoint her last known address as being in Southampton. It took some planning, and a lot of false starts, but I finally built up the courage to go and see her.

I needed to find my birth mother. I had no siblings and a yearning for ‘family’. I was able to pinpoint her last known address…

When I knocked on the door, a weirdly familiar man answered. I apologised to him, explaining that I was looking for my mother, but I must have got the wrong address. He asked me who my mum was, and I told him her name.

The man looked physically shaken, and actually had to sit down on the doorstep. I thought he was ill. “I’m Barry, I’m Katie’s son. I guess you’re my sister,” he said. And then I sat down on the step too. I hadn’t planned for this!

I couldn’t believe it. I had a half-brother I knew nothing about? Barry told me Mum had died a couple of years back, from a drug overdose. To be honest, this news didn’t do much to me – she’d been a stranger to me. If anything, I felt an apprehensive sort of optimism. I had a brother! I had family! I would have chosen a little brother over my deadbeat mother any day of the week, but I was cautious not to rush into things. I’d only just met him, after all.

I had a brother! I had family! I would have chosen a little brother over my deadbeat mother any day of the week

He seemed as excited as I did, and after a short chat we decided to swap numbers, and discussed meeting up in the near future. I went home and told my husband Tom all about it, and he was genuinely pleased for me, though he held some concerns.

After a few weeks of texting every now and then, we decided to meet in Winchester, sort of halfway between our towns. Admittedly, it was closer to Southampton, but I had a feeling that Barry was short of money. He was kind of scruffy, had an old phone, that kind of thing.

The time came round to meet him again, and I felt both scared and excited. We sat drinking coffee for well over two hours, Barry chain-smoking. We filled each other in on our lives, what we did, where we were headed, how things had been.

Barry’s birth was an accident, and it seemed that he was aware of his parents’ drug use from a young age. Barry was 12 years my junior, but it came across that he didn’t really have all that much to do with our mum when she was alive.

It would seem she was barely home much, and when she was, she was wrecked. He mentioned how he’d been seeing his dad every couple of months since she had died, but their relationship was more one of friendship, rather than father and son.

My heart really went out to him. I may have grown up not really knowing my mum, but at least my dad gave me all the love in the world, and I was brought up in an affectionate household. When it was time to leave, we hugged and I told Barry he was more than welcome to visit me in Guildford any time he wanted.

He thanked me, and then awkwardly asked me for some money to get the train back home. I gave him that, plus extra – I had a baby brother! Of course I was going to give extra!

After about six months of meeting up with Barry, I started to notice a theme. He always asked for money, increasingly more brazenly, and he never seemed to have showered. Tom had been raising concerns for some time, but I’d been reluctant to listen. But when Barry turned up at our house out of the blue one night, reeking of booze and asking for £500, I had to say no, even if he was my brother.

After about six months of meeting up with Barry, I started to notice a theme. He always asked for money

I sat him down and asked him what he needed £500 for. I was asking out of genuine concern, but his whole mood turned in an instant; he stood up, starting shouting in my face about how his personal affairs were nothing to do with me and as his big sister I should be there for him no matter what, then left, slamming the door on his way out.

I was absolutely gobsmacked. What the hell had happened? I was too hurt and angry to speak to Barry, and Tom was basically saying it was time to cut off all contact. Barry was yet to pay me back any of the money I had lent him, he’d turned up to our house drunk, and he’d completely turned on me when I didn’t give him what he’d asked for.

But in my mind, he was still my brother, my only family, and I was worried. I was relieved when he called up two days later.

He was crying; he apologised over and over, and begging for forgiveness… and for the £500 again. This was a side to Barry that I hadn’t seen before. I wanted to know what he needed that much money for, and why he was in such a state.

He told me everything. I think it’s the most honest he’s ever been. Turns out he missed his last rent payment, and his landlord was getting on his back. And why did he miss the payment? Because he’s an alcoholic. All his money goes on booze. Not wages; he lost his job about a year ago, eight months after getting kicked out of college for being drunk on campus. He gets Universal Credit. He told me everything. I was shocked, but determined to help him.

I told him he didn’t have to pay me back anything he’d borrowed so far, I would lend him the £500 and he could pay me back monthly, and I offered to go with him to AA meetings, be there with him.

Initially, he was grateful. But within a week he was angry, disrespectful, demanding more money

Initially, he was grateful. But within a week he was angry, disrespectful, demanding more money and more attention. It was exhausting. At this point, Tom was completely done with the situation. He was furious at Barry, and annoyed at me for giving Barry the time of day. I completely understood where Tom was coming from, but I still tried to help Barry, behind Tom’s back. I thought I could fix him, where I hadn’t been able to fix my dad.

So much money and time later, I realised Barry had a full-blown addiction, and I wasn’t sure that me helping him out with money was actually helping him at all. I was just enabling him. We just went on like this for a while. I had money, I gave him some, he’d go away for a while, then resurface and we’d go through the whole scene again.

It’s now been a few years. I’m 54, Barry is 42, although he looks about 60. He is on a path to self-destruction. It’s been a tiring journey, and I haven’t wanted to give up on my brother, but I think it’s time to decide when to draw the line.

The last straw came the other night, when – absolutely obliterated – he started banging on our door at 3am, crying for somewhere to stay (he’s been made homeless) and more money. I can’t have him here. I need to focus on my marriage, and my future. And he’s so destructive.

Tom still doesn’t know I’m helping Barry out and he’d go mad. On top of that, it’s really taking its toll on me mentally. I don’t know how much longer I can keep going, but Barry’s the only family I’ve got. What do I do?