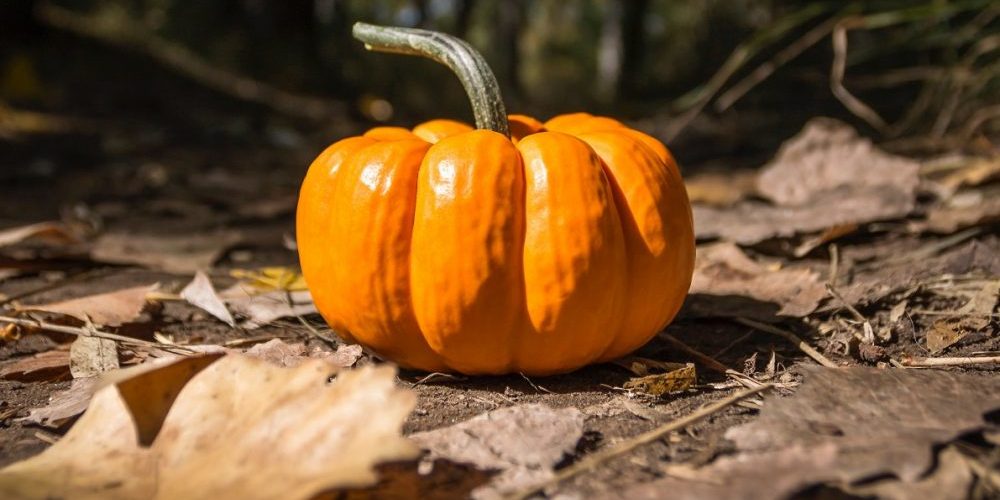 It’s time to deck the halls and put on that outfit as silly season approaches. And no, we don’t mean Christmas, we’re talking about Halloween.

Halloween stems from the ancient Celtic festival of Samhain, when people would light bonfires and wear costumes to ward off ghosts. In the eighth century, Pope Gregory III designated November 1 as a time to honour ‘all the saints’ and as the lines became blurred between the two events, ultimately All Saints Day ended up integrating many of the traditions of Samhain. The evening before All Saints Day was known as All Hallows Eve, and later Halloween.

Over time, Halloween evolved into a day of celebrations on its own. And more recently has adopted activities such as trick-or-treating, carving jack’o’lanterns, festive gatherings, donning costumes and eating sweet treats.

During the festivities, poor citizens would beg for food, and families would give them pastries called ‘soul cakes’

Those of you keen to blame Americans for trick or treating, by the way, would be being a bit unfair. This apparently American tradition seems likely to date back to the early All Souls’ Day parades in England, which were on 2nd November and observed to honour the dead. During the festivities, poor citizens would beg for food, and families would give them pastries called ‘soul cakes’, in return for which, the poor would pray for the family’s dead relatives. The custom evolved into the slightly crazy door-stepping tradition we have today.

Using pumpkins for Halloween lanterns is also a relatively new thing too – the tradition comes from the Irish originally it was a turnip that was used. The story behind it all goes that Stingy Jack tricked the Devil into keeping him out of Hell, but actually was such a mean guy that upstairs wouldn’t let him in either. So he roams the Netherworld. The light he uses is an ember that the Devil tossed his way so he could light his path, and Jack hollowed out a turnip to make a lantern with it. So tradition dictates that lanterns are created to keep Stingy Jack away.

Ultimately when the Irish migrated to America, they found a lot more pumpkins than turnips, and they’re way easier to hollow out, so… now it’s pumpkins

Warding off more than evil spirits, pumpkins offer all kinds of nutritional benefits at this time of year.

Five reasons to tuck into pumpkins…

1 BOOST THAT IMMUNE SYSTEM
Perfect at this time of year to ward off colds, your humble pumpkin has Vitamins A and D, as well as zinc. It’s also chok full of the anti-oxidant beta-carotene.

2. GOOD FOR MEMORY AND CONCENTRATION
Pumpkin is a great source of lutein which can improve cognitive function, including learning, memory, concentration and focus. Also good for eye health.

3. BOOST THAT SEROTONIN
The happy amino acid tryptophan that converts to serotonin can be found in your pumpkin, particularly the seeds – and yes you can roast your own. Scoop them out, give them a sort, wash and dry and then bake in a low oven with salt and maybe a bit of butter until they go crispy. Yum.

5. GOOD SOURCE OF FIBRE
Yes, keep things moving and help reduce the risk of heart disease by keeping a healthy gut. Your dog will thank you for pumpkin too, by the way. Cooked fresh pumpkin is great for dogs and cats’ digestive systems too.

These beautiful little pumpkins are a real showstopper. You can find them in supermarkets around Hallowe’en, or alternatively use very small squash. They can be very be very hard to cut so you will need a sharp, strong knife.

METHOD
Preheat the oven to 180°C fan/200°C/ gas 6. Carefully slice the top off each pumpkin, then using a small sharp knife, cut around the cavity containing the seeds. Scoop these out with a spoon and set aside.

Season the inside of each cavity with a good pinch of sea salt, then line with two sage leaves. Stuff each with a quarter of the goat’s cheese, then scatter over the chilli flakes before replacing the lid. Rub each pumpkin with ½ tablespoon of the olive oil, scatter with a little more salt, and top each pumpkin with more sage leaves, making sure there’s plenty of oil on the leaves too. Transfer to the oven and roast for 1 hour.

Rub the pumpkin seeds with kitchen paper to get rid of any flesh and toss with ½ tablespoon of olive oil, the chilli powder and a pinch of sea salt. Ten minutes before the pumpkins are ready, tip the seeds into the roasting tin alongside, then return to the oven.

Serve the pumpkins whole, along with a green salad.

This recipe is from The Green Roasting Tin by Rukmini Iyer (Square Peg) Hardback £16.99