Have you ever wondered why we celebrate Halloween, and what origins lie behind our traditions?

While we often assume that here in the UK we take inspiration from our American friends for our Halloween celebrations, the opposite is actually true. We delve into the history of Halloween…

Where did Halloween celebrations all begin?

Let’s go back to a couple of thousand years ago. Have you heard of the word ‘Samhain’ before? Samhain is a Gaelic festival that marks the end of the harvest season and the beginning of winter. It is actually held on the 1st November, with celebrations starting on the 31 October.

Samhain has Celtic Pagan origins, and was acknowledged in early 9th century literature. According to this literature, Samhain was celebrated with great gatherings and feasts. It was believed by the Celts that 31 October was when the ghosts of the dead visited the mortal world, and large bonfires were lit to ward off evil spirits. Pagans also celebrate 31st October to 1st November as their New Year.

The Druids – who were the Celtic priests – would use the embers from the sacred bonfires to re-light the hearth fires in each house, to keep the inhabitants warm and safe.

It’s also been suggested that the feasts during Samhain were to appease the spirits, to ensure people and their livestock were healthy throughout the winter. Samhain is a ‘threshold festival’, where the boundaries between the mortal world and the afterlife (the veil) were thinner, thus allowing spirits to more easily enter our side of the world. These spirits were known as Aos Sí, which is the Irish name for the supernatural in Celtic history. Many scholars view Aos Sí as remnants of Pagan gods. 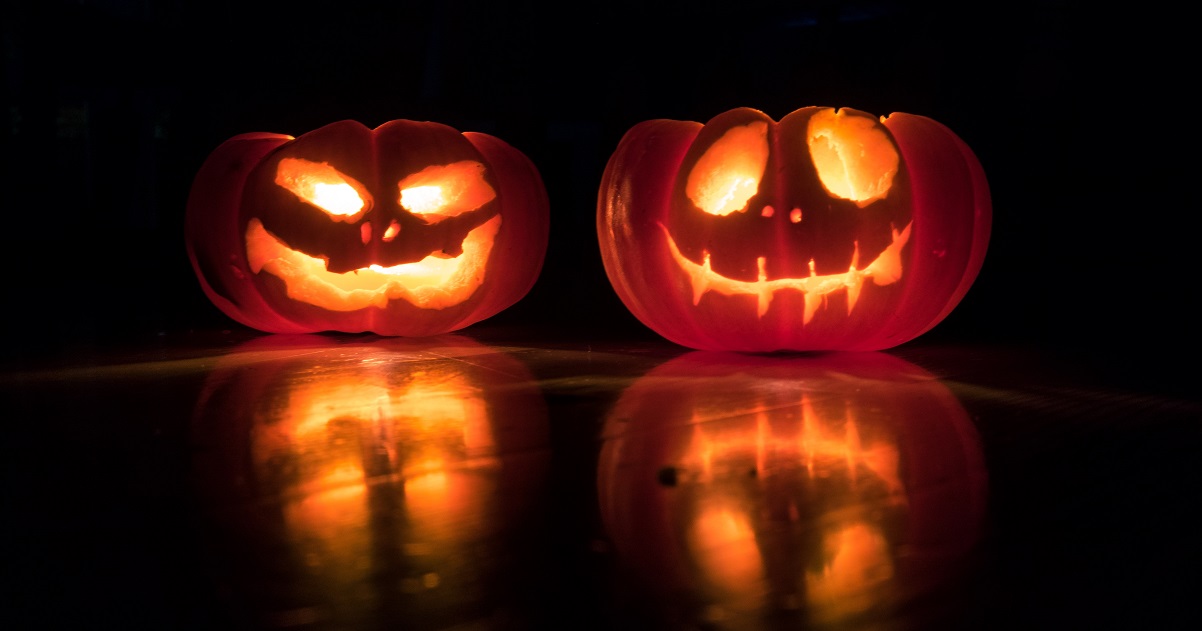 What about more modern Halloween traditions?

You might think this is simply an American tradition based around a desire for sugar, but no! ‘Guising’ was a great part of the Samhain festival, at least from the 16th century. People would dress up in costumes – disguising themselves from Aos Sí by imitating them – and recite verses in exchange for food. If people donated food, it was expected that they would receive good fortune.

Apple bobbing can be traced back to the aftermath of the Roman invasion. After the Romans conquered most of the Celtic lands, they began to establish their own celebrations into the Celtic festivals. The Roman goddess of fruit and trees, named Pomona, was recognised by her symbol of an apple. During the annual celebrations, young unmarried people would ‘bob’ for apples – though from a string rather than in a bucket of water – and the first person to successfully bite into an apple would be the next to marry.

As for the pumpkin carving? An old Irish folk tale called ‘Stingy Jack’ told the story of a man named Jack who invited the Devil to have a drink with him. He wanted to get away with a free drink, and so tricked the Devil into picking up his tab. After Jack’s death the Devil cursed him, preventing him from passing on to the afterlife.

Jack was stuck wandering the Earth in the darkness of night for eternity, with a single ember to guide him, which he placed in a carved-out turnip. This is where the ‘Jack of the Lantern’ came from, to turn into ‘Jack-o’-Lantern’ in the future. Irish folk began to hollow out vegetables in his likeness, to keep him away while lighting a path for good spirits.

After the emigration of Irish families to America in the 19th century, celebrants began using pumpkins, which they found were much easier to carve once hollowed out, and which grew a lot better than in Ireland. 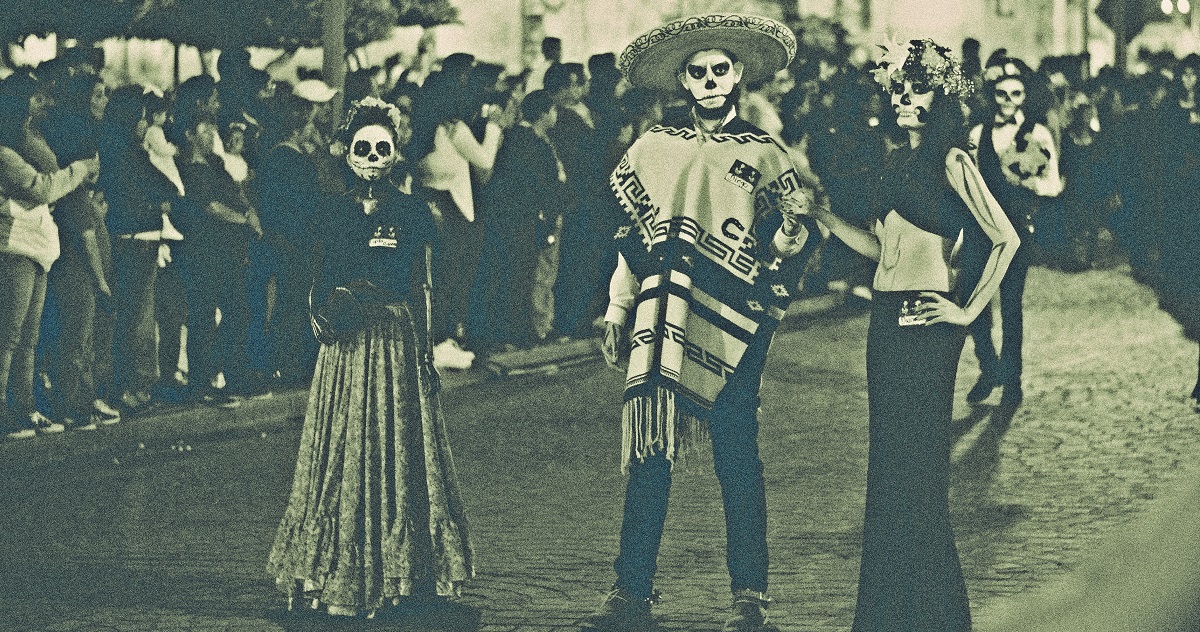 Customs from around the world

Mexico is renowned for their Día de los Muertos (Day of the Dead) celebrations on All Saint’s Day. This is usually across the 1st and 2nd November rather than 31st October. While it’s heavily associated with the Celtic traditions we know now, it’s intended to be a far less solemn holiday. It’s a joyful celebration carried out to pay respect to their dead, and share fun memories and stories about their family and friends who have passed.

The United States – while only celebrating Halloween following the emigration of our Irish friends – have taken the celebrations and made them bigger. After the commercialisation of Halloween in the 20th century, costumes and decorations make for a profitable time for retailers. It’s easy to see why many people think Halloween is ‘an American thing’.

In Ireland, it’s traditional to have a Barnbrack Cake, which is like a fruity bread. Each member of the family gets a slice, where everyone anticipates the outcome of finishing their share. In each cake, a rag, coin and ring is hidden. If you get the rag, your financial future is doubtful. The coin signifies a prosperous time, while the ring is a sign of imminent romance.

Wherever you are, have a great celebration, and we hope the season brings you good luck. If you’re looking for another reason to celebrate, pumpkins are also delicious and healthy, as per this recipe. And yes, you can eat ‘carving pumpkins’! But be aware they’re grown for size, and there’s not a lot of flesh in them!