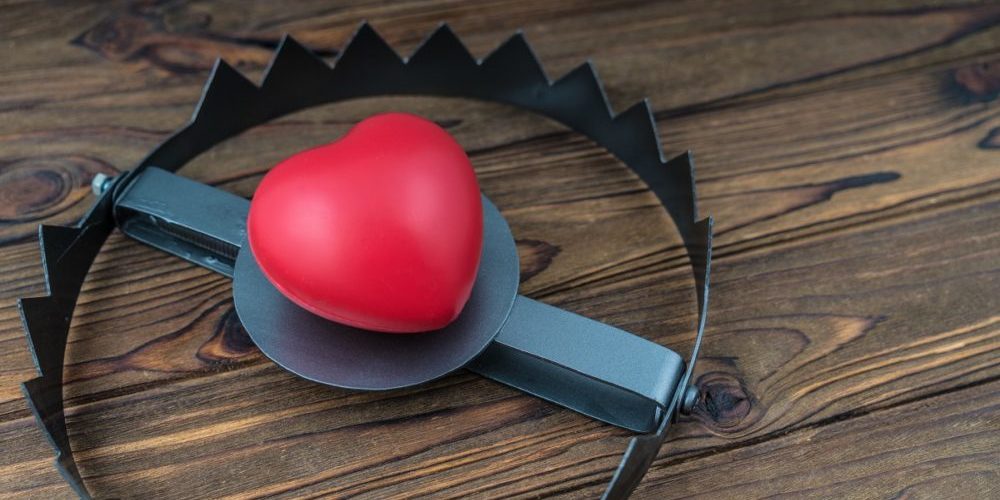 A holiday to Turkey was supposed to help Mum overcome her grief after Dad died. But we didn’t expect her to come back with a man almost half her age, or that he’d make her change her will. As told to Sam Harrington-Lowe…

My brother and I weren’t exactly surprised when Mum died. Heartbroken, of course, but it had felt for some time like she’d been living on borrowed time.

She’d had some serious underlying health issues, including having had pneumonia before, and skin cancer; and she was 79 with a very dodgy ticker. If people had nine lives, she’d definitely had a few of hers.

One day she had a heart attack. It wasn’t a bad one, and she was sitting up in her hospital bed later on the same day, telling us all about it, and how amazing the ambulance people were. She was fully intending to get on with things, and just get home as soon as possible.

NOT OUT OF THE WOODS

But the medical teams warned us that with hearts and strokes, there can be an ‘aftershock’ second whammy, and that it can often be worse. And that’s exactly what happened.

What we weren’t expecting, however, was to find that we had been completely disinherited

The second one carried her off almost instantaneously. I’m sure she never even knew it was coming – something I’ll always be grateful for. So although it felt brutal and violent to us, she left this earthly plane pretty smoothly, in hospital, like a bolt from the blue. My brother Jim and I at least had a chance to brace ourselves for this – so it was something we had half expected.

What we weren’t expecting, however, was to find that we had been completely disinherited.

WHAT HAPPENED TO THE MONEY!?

To explain how this came about, we need to go back about 22 years. To a tragic series of events that completely rocked our entire family.

Our parents were one of those lucky-in-love couples who were genuinely made for each other. We had a blissfully happy family upbringing.

So when Dad died from cancer at the age of 56, everyone was shattered. The journey through his cancer was awful, as it so often is, and his death a final release, as is also often the case. But we were all devastated nonetheless. We had lost a vital part of our team.

Mostly at the time my brother and I were worried about Mum, and how she’d cope, but she seemed bizarrely unfazed. Behaving like everything was normal. We both found that hard to understand. Now I’m older I realise she was just sat with deep-rooted denial.

She made a decision to treat herself to a holiday. After spending some years as Dad’s carer, and literally watching him die before her very eyes, she wanted to do something nice for herself. We totally supported that, and she booked a holiday in the sun with a friend. Wanting to do something a bit more ‘daring’ than Lanzarote, her normal holiday pick, she and her friend Mandy decided on Turkey.

The story that unfolded is almost too cliché to bear writing down, but maybe you can guess it already…

She met a much younger Turkish man, Emin, a waiter. He apparently fell in love with her. She showed us photos of him on her return and she was beyond excited. He was coming over to see her, she said. And yes she was paying. She didn’t care, he made her feel young again. She was in a whirl of excitement… she was Shirley Valentine!

What can you do? To us it seemed obvious that she was vulnerable; grieving, and still in denial, and that this guy was very definitely on the make. But she was a 50-odd year old woman with a mind of her own. We helplessly tried to be supportive, but it was hard. Any criticism or question was shot down. We did our best to ride along with it for her sake. We adored her and just wanted her to be safe.

There followed a few really hard years. Emin moved to the UK and moved in with Mum. We hated him. The whole thing was hideous – he clearly knew that we were suspicious of him, and spending time there was so awkward. He’d play up to her when we were around, being really affectionate – it still makes my skin crawl to think about it!

But slowly Mum started to see the light. He spent her money, lived in her house, didn’t want to work, and was generally a drain on everyone’s resources. His presence made it hard for her to be close to her kids, and he used to talk to her about us, dripping poison into her ears about our motives and how we didn’t want her to be happy. At a time when we were still mourning our father, this was a lot to take on. My brother and I were in bits.

Inevitably, Emin proposed to her. But ironically it was this apparently romantic gesture that brought her to her senses. She said afterwards that he’d been on one knee, telling her that her eyes ‘were like the stars and she danced like a fairy’ and she exploded with laughter, she couldn’t help it. It was so ridiculously hollow.

Then he got angry because she was laughing. She said it was exactly that moment that the scales fell from her eyes. She gave him his air fare back to Turkey and booted him out. Job done, we thought. Phew.

Unfortunately not. At some point, probably in the early flush of their ‘love’, he’d managed to convince her enough that their future was solid enough together that she’d changed her will. She’d left everything to him, totally disinherited us. I suspect he’d made her do it as a way to ‘prove her love’ for him. Whatever. It happened. I can’t dwell on how, it makes me so angry I could scream!

She never told us about it – I suspect she was embarrassed. And I’m absolutely sure that she meant to change it back. But she never did, because people either forget this stuff, or imagine they’re immortal and they have plenty of time. So they put it off. I wished we’d talked to her when we had the chance.

And so when she herself popped her clogs, and the executor sought probate to administer the will, it was THEN that we found out that everything, apparently, was going to Emin.

WHAT DO WE DO NOW?

It’s hard to put into words how it felt in that moment to know what she’d done. A mixture of blind rage – how could she have put him before her own children – and heart-wrenching sadness. What kind of state must she have been in to make that choice? How did he get her to do that?

It seems likely that we have recourse to fight this. Although the will is properly attested and witnessed, the executor is UK based (and apparently had voiced concerns at the time of accepting that role). Also we have really solid grounds for contesting this based on the fact that she must have been coerced… she was under emotional duress at the time.

There is provision for a court to rewrite a will if someone has been left out when they expected to be included – and we have a good case. We have decent legal representation and it seems likely that we will win this. But wow, what an absolute shocker to have to deal with. And of course now we also have to deal with Emin (ugh) who is posturing and making noises from Turkey about how he has all the rights.

I think we’ll get this worked out. It’s not really a vast estate but it is reasonably substantial; there’s property both here and in Lanzarote. She had some savings and investments, and some trust funds. But really more than anything her house holds a lifetime of memories, and love, and our childhoods, and shared history – and over MY dead body will this chancer get his hands on it!!

It’s a stark warning to us all. Since this has happened I’ve made a will. I didn’t even have one before but it’s made me hyper-aware of needing one. Everyone should have their finances and financial future lined up exactly how they want it. Because you never know when something like this is going to rise out of the blue and knock you for six!