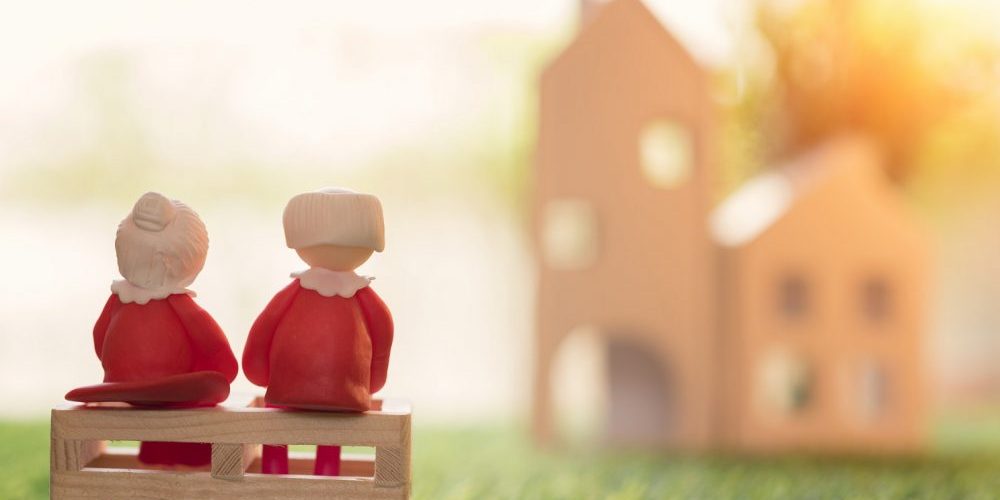 Living off the old man

I’m a fifty-something feminist and still living off my husband – and there are thousands of women like me. How did that even happen, asks Faith Eckersall

BACK in 1984 it all seemed so simple. Clutching my newly-minted certificate from National Council for the Training of Journalists – yes, there really is such a thing – I started searching for a job in my chosen career.

Unfortunately for me, around four million others were doing likewise. It was the middle of Mrs Thatcher’s recession and it took months before I got one, in a town in Berkshire, famous for its shiny cruise missiles and the galloping cost of renting a property.

I earned £64 a week. Even with two other jobs on top – waitressing and cleaning for a strange woman who ‘made her own’ toilet cleaner – I couldn’t afford to eat, or pay the inflated rent some weeks. When I ran up a £48 telephone bill – I probably squandered another fiver crying down the phone to my boyfriend about it – he, bless his heart, insisted on settling it.

Even though the boyfriend is now my husband and on a pension, I realised recently that he STILL subsidises my existence

I felt slightly ashamed of my lack of independence but comforted myself with the thought that in the future, because of our age difference – he’s 15 years older than me – I’d be the one to keep him!

Well, we are 34 years on but that future has mysteriously never arrived. Even though the boyfriend is now my husband and on a pension, I realised recently that he STILL subsidises my existence.

After I lost my part-time job last year it took just a few days for me to clock that it was his pension and salary that covered our hefty council tax and the big bills. His money, too, which ensured I could pay for the monthly highlights I’d always considered a necessity.

But the real shock came when I realised that although I’m now working full-time – I have a part-time editing job plus freelancing – there is no way that even these combined income streams could sustain my lifestyle.

There’s no way I could have afforded to travel to the USA to fulfill a lifetime’s ambition to see Monument Valley and New York City without his financial firepower. It’s only because of his money that I can afford to indulge my love of Liz Earle’s Hot Cloth cleanser and enjoy nice meals out.

The only thing that stops me from feeling really bad is that when I look around, I see clearly that I am not alone

As a card-carrying feminist who regularly erupts on Twitter about the scandal of gender pay inequality, I feel I should actually die of embarrassment over this. And the only thing that stops me from feeling really bad is that when I look around, I see clearly that I am not alone.

There are literally thousands of us in this position.

Almost every woman I know has a career and many have a degree. But I’m pretty sure that most of them are living the lifestyle they do because of the amount their other half earns, whether he’s a teacher like mine, or a company executive.

What on earth has happened?

I think I know. Kids. Part-time work. The evils of discovering that 100 years after
winning the vote, too many women are being paid 15-20 per cent less than a bloke would be for similar work, with all the sinister impact that has on our pension.

Apart from those in the public sector, most of my mates – if they have a pension at all – have been forced out of the final salary scheme onto the delights of the defined contribution. While we’re told what we have to put in, most of us don’t have a clue what we might get out.

We’re the generation who went to work, had our kids, and battled valiantly to continue our careers

We’re the generation who went to work, had our kids, and battled valiantly to continue our careers, as everyone encouraged us to. But we were then forced or chose part-time hours because there was scant maternity leave and even scantier maternity pay.

For so many women there was such a dearth of good quality care available at a price that made sense that staying at work, with all the childcare fees, didn’t add up. So they stopped working.

Those who did continue, like me, didn’t go for the top jobs; the ones that paid big bucks and gave us the responsibility commensurate with decent money. We feared that if our kids were ill or needed us there would be precious little elastic in the system.

And then, of course, there was the spectre of the Thatcher years hanging over. The message, drilled in from that time, was that Good Mothers stayed at home to look after their children because that was the best way to raise Decent Citizens.

My kids are lovely citizens. But working part-time in order to raise them has, I realise, severely dented my earning and pension power

I did stay at home, part-time. The rest I worked. And my kids are lovely citizens. But working part-time in order to raise them has, I realise, severely dented my earning and pension power. Society gets the benefit of my two environmentalist sons, as it gets the benefit from kids who train to be doctors or farmers, or teachers. But there is very little sympathy for those mothers who now find themselves looking at a meagre financial future. The assumption is, I feel, that we should have seen this coming and got back to work, pronto.

And it’s a worrying thought as you look into the statistics, that there are even more of us potentially marching towards this destiny.

Last year’s Office for National Statistics Family and the Labour Market report discovered that 1.8 million ‘couple’ families split employment so that the father is in full-time work and the mother working part-time.

Forty-three per cent of working mothers work part-time. Most, it’s true, told the survey that this is what they wanted. But when you consider that while women accounted for 35 per cent of all full-time employment in January 2017, 80 per cent of full-time jobs lost were those held by women, the picture looks a little different. Even if we had been able to work full-time, it appears, the odds have been invisibly stacked against women.

And full-time work when you’re a young mum remains an incredibly tough gig. When I attended a prestigious event in London recently I met so many amazing younger women; running magazines, PR firms and working in literary agencies, many of whom admitted they were rushing back home to tend to babies and toddlers.

Have those women seen what’s happened to my generation and fear getting stuck on the Mummy Track, which can rapidly turn into the ‘no pension and live off the old man track’ when you hit your fifties? (Only this week, the Pensions and Lifetime Savings Association told the Daily Mail that an estimated 30.4million workers are not saving enough to fund the old age they dream of.)

Many of us would appear to still be financially dependent on our other halves, and it stinks!

Whatever the reasons I couldn’t say. But I feel that my age group has done everything we were told to: ticked on with our careers, looked after the kids, helped out in their school, learned how to use Excel spreadsheets and saved a few quid for our pension. Yet many of us would appear to still be financially dependent on our other halves, and it stinks!

The funny thing is that my husband – like those of my friends in the same position – truly doesn’t mind. He insists he expects to maintain my lifestyle as I am the one who took the time off to care for our kids. He’s the one who encourages me to ‘buy that top’ or ‘book a facial’ if I’m wavering because I feel guilty about spending money I feel I don’t have.

He agrees about women’s pay inequality being a disgrace and sincerely believes that his money is my money. I am grateful for this, which he says is daft. I wish I could believe him. I wish I didn’t feel as if I’m letting the feminist side down. But I do.