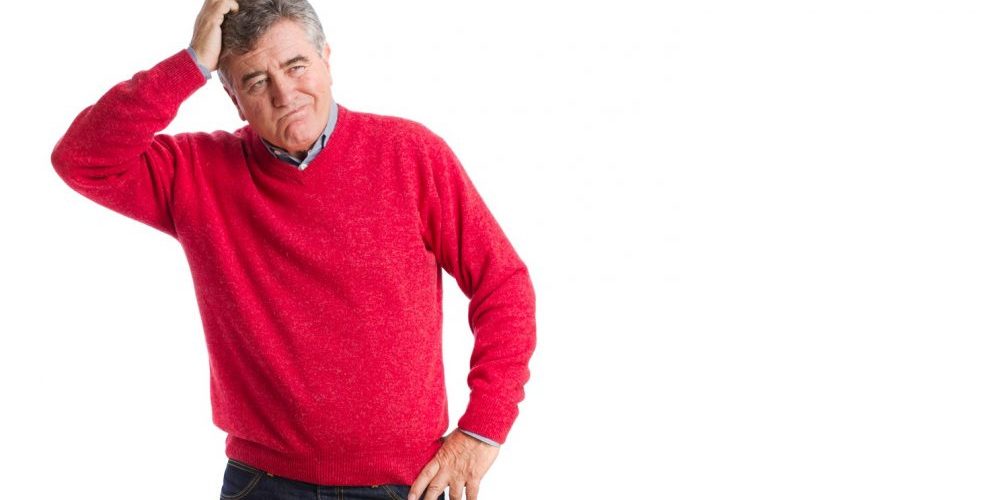 Recently finding himself single after nearly three decades of marriage, Keith is finding it hard to know how things work any more…

I was happily married for 29 years. Well, most of those years were happy. Things started to fade and fizzle out as they often do once the kids have gone and it’s just the two of you again. I suppose I got too comfortable. I didn’t take the time to make her feel special, I was lazy with our relationship; she expected more, said she didn’t know who she was any more or what we were … we argued and had silences. It ended. She left me.

We both perhaps could have tried harder, but on the whole it was a great marriage and I don’t have many regrets, and when it was over, I just rolled over and accepted it. What else could I do? We have three wonderful kids and once our youngest had left for university we came to the dawning realization that there wasn’t really anything else keeping us together anymore.

I think I would have just kept going indefinitely – I wasn’t particularly unhappy – but my wife had had enough.

I’ve been thrust head first into the single world, which is a place I never thought I’d have to navigate again

We’ve ended on amicable terms, still having the odd family dinner together and making it nice with the kids, but now I’ve been thrust head first into the single world, which is a place I never thought I’d have to navigate again.

WHAT DO I HAVE TO OFFER?

In the realm of online dating, social media and perfectly sculpted men, I’m not really sure where I fit in to all of it. It’s hard to stand out through a crowd of six packs and muscles when you’ve got a bit of a belly and receding hairline. Even the older chaps are buff these days, it seems.

So much seems to have changed since the last time I dated. It’s become utterly brutal. Everything is sped up and intensified; in the time it would take to introduce myself to one woman in a bar I could have swiped left or right on 100 different profiles, based on initial split-second attraction and a small summary of themselves.

People message with you back and forth on dating apps or websites with flirtatious messages only to never speak to you again. My daughter tells me this is known as ‘ghosting’.

It’s a bit like being 13 all over again. Except I’m fatter. And have grey hair.

And as for approaching strangers who catch my eye – well, I’m going to need to work on my self-confidence a bit before I can think about that. It’s a bit like being 13 all over again. Except I’m fatter. And have grey hair.

Even harder to take, my ex has taken to single life like a duck to water, getting asked out loads and having a great time, an endless barrage of nights out and dates, and Facebook posts that I’m trying not to read. After so long in the same role in the relationship, I’m floundering. She’s adapted far better than I ever could, but I’m not able to adapt to change like she can. Perhaps if I could, we wouldn’t be in this situation in the first place.

She’s also dating younger men, which makes her seem like a person I don’t even know any more. They’re not too much younger, but enough to make me feel old. Men who are physically fit, well-groomed and adept cooks; another skill I never quite acquired. I’m from that generation where we’re kind of stuck between being the traditional ‘male’ breadwinner, and the ‘new man’ of the post-70s; hands-on dads in touch with their kids and their feelings.

If I felt that slotting into a role was hard before, now I’m divorced I feel even more lost

But if I felt that slotting into a role was hard before, now I’m divorced I feel even more lost. This is probably my fault, but my wife seamlessly ran the household and I’m starting to realize how much of a spare part I was.

In my previous life, I rarely arranged anything, it was my wife that kept our social calendar, and the thought of actually arranging dates and outings is daunting and new, but on the occasion I do date I’m so often disappointed when I meet someone I’ve been chatting to online and they’re not who they seemed.

Self-described ‘care free’ women pummel me with questions regarding my failed marriage. People look drastically different to their photos. Algorithms, shockingly, fail to match me perfectly. Every time this happens I feel as though I’m back in the same place. It’s disheartening and confusing.

I had one date that went fantastically, she was just two years younger than me, divorced with two grown-up kids. We went for a romantic meal, shared stories and got on like a house on fire, we even shared a kiss at the end of the evening. I couldn’t believe my luck. I keenly texted her the next morning asking if she’d like to meet again soon, only to receive a reply a couple of days later than she just wasn’t looking for anything serious after her divorce. I was hugely disappointed as I want more than just an evening with someone.

…the evening was going pretty well until she paused and answered her ringing phone, it was her husband

Another time I was chatting to a woman I matched with online and we really hit it off, it was flirty and fun, she was very attractive and confident. We arranged to meet for drinks and the evening was going pretty well until she paused and answered her ringing phone, it was her husband. Not ex-husband, not husband in the process of divorce, just her current ‘husband’ husband. She’d lied on her dating profile – unsurprisingly perhaps, as plentyoffish doesn’t have a relationship status for ‘seeking affair’ – but even so, it was a shock. It didn’t go any further. I’m just not that kind of man.

CASUAL ISN’T FOR ME

I don’t really have the energy for casual dating if it isn’t going to amount to anything. It’s tiring putting energy into something, and getting excited for no return. So many people post-divorce just want something casual and fun, but I’d like something more. Someone I can enjoy more than overpriced food and wine with. My kids say I need to carry on dating until I find someone, but I feel like it’s a lot more intense than I remembered it being before.

I miss the realness of meeting someone out and about, such as at the pub, and feeling an organic spark with them. I miss judging a person from what I see right in front of me, not an image on a screen. I miss chat-up lines; I’m not really a big fan of chat-up texts.

However, at my age, it seems I’m going to have to persevere with the online thing, as everyone is so busy or in a rush that no one seems to have time to just sit down and get to know someone. Sure, dating apps make it faster, but that isn’t necessarily a good thing.

Maybe I miss my youth, the pre-digital experience. Probably both of those things. And if there’s one thing I’ve learned, and learned fast, it’s that I need to raise my game in terms of stepping up. So I’ll just keep trying and keep moving forward, and hope that there’s someone out there looking for the same thing as me. And keep my eyes peeled in the pub for that glance and spark across the bar that quickens the heart…