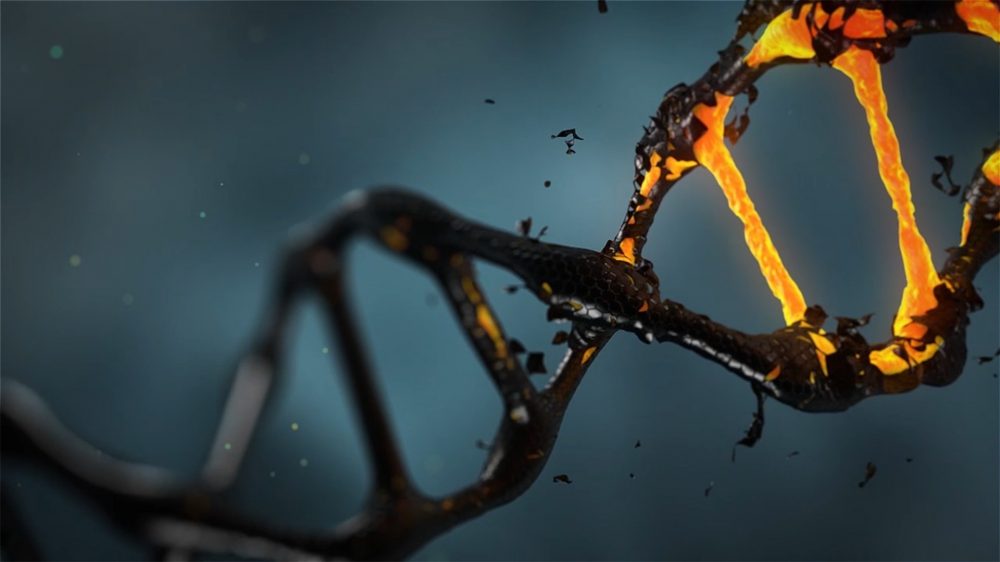 Would you want to know if you had the dementia gene?

Have you ever worried about what would happen to you if you had a degenerative disease like Alzheimer’s, and the financial implications that might have on your family?

What if you found out that there was a genetic predisposition to something like this in your family and there’s a good chance you might have it, and that a test could show whether you might develop it?

Would you take that test?

Trina Hepburn is a woman in her mid-forties facing exactly this decision. Here we talk to her about her future, and the implications…

“I’m a freelancer, living with K, my partner of 10 years or so and our seven year old daughter, A. We do own a lovely flat but it’s only one bedroom so we had to move out. We then had to go for rented accommodation because we are both freelancers, so mortgage computer says definitely “No”! We rent our flat out which gives us a few hundred extra pounds per month.

I am unfazed by the fact that I am carrying most of the financial burden; we always knew it would be like that.

Both K and I are self-employed but as K is an artist, I am the one who has regular work and gets all the bills paid.

I am paid relatively well for what I do. I have several clients who I have worked with for many years now so my income is pretty stable, and it varies from administration, operations management and credit control to financial management and dealing with clients… you name it, I do it. A woman of many talents!

I get paid more frequently but when K does get paid, he gets paid MUCH better than I do. I am unfazed by the fact that I am carrying most of the financial burden; we always knew it would be like that, it is the nature of K’s business. He is very good at what he does and we both believe that he will one day be earning way more than me. There would be very little point in insisting he stops concentrating on his chosen field – in order to what? Go and stack shelves in a supermarket? It bothers him immensely though.”

So what about this genetic dementia condition? Tell us a bit more about this.

“My Mum died of a form of dementia called FTD – frontotemporal dementia. We know this because we gave her brain to UCL Institute of Neurology. We are also 99% sure that is what her mother (my grandmother) died of as well, but the analysis wasn’t available at the time.

There are several variations of FTD, also called Pick Disease, after Arthur Pick who first identified it. The symptoms vary but include significant changes in behaviour; apathy, blunting of emotions, and deficits in language. My mum developed the symptoms of Progressive Non-Fluent Aphasia (PNFA), characterized by progressive difficulties in speech production. Speech just drops away gradually. I think it starts as a general loss of desire to speak and, at some very blurred point, this becomes an actual inability to speak. There is also a terrible kind of thousand yard stare that happens. What no one really understood while my Mum and Granny were ill is that apparently other function remains intact, so it’s really like some God-awful version of locked-in syndrome. At some point the neurological atrophy moves from speech to the rest of the functions of the throat, and swallowing food becomes impossible. There are also other, more familiar symptoms of dementia, from incontinence and agitation through depression etc. It is pretty grim.

The analysis of my Mum’s condition discovered specific genetic markers which identify the disease as being familial. This basically means that each of her children have a 50% chance of developing the disease. I don’t believe it is quite as clear cut as all that, however. The same faulty gene can throw up different variants. It seems that the gene which is coming towards me and my sister from Granny and Mum is specifically a familial form of FTD, but could throw another variant up in someone else at any point.

The analysis of Mum’s condition discovered genetic markers which show the disease is familial. Which means her children have a 50% chance of developing it.

When all this came to light, the research centre came to me and explained that they had identified certain ‘markers’ for that particular gene fault and asked me if I wanted to be tested for them. If I do decide to go for the test there is a considerable period of genetic counselling and they explained that there could be serious ramifications. Things like your ability to get a mortgage, to get life insurance, all that kind of stuff.”

It must be quite terrifying even thinking about the possibility of developing FTD or similar, let along worrying about things like mortgages. Where are you with this now?

She has a very different outlook on life; has no children and is currently single, and she decided she needed to know. They did discover the markers in her. This has meant she definitely decided she will not try and conceive, apart from other things, and has gone on to take part in a research programme which draws on volunteers both with and without the faulty gene. The research does not promise to directly benefit participants but it does mean she is plugged into a network where she would hear about new treatments. And she is helping move research forward which will help the generations to come.” 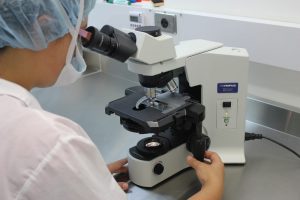 So what would happen if you developed this disease and weren’t able to work?

“Well, this is a bit of a nightmare. I don’t think we would qualify for any useful benefits. I have insurance for things like broken bones and cancer but as far as I am aware it takes a month or two before I could start claiming any kind of state benefit. We would have to fall back on our savings and the generosity and support of our families in the short term, and then if things became really bad, we would have to sell the flat and liquidate the equity, move somewhere where housing is considerably cheaper, and live off whatever is left.

I was lucky enough to receive an inheritance from my Dad. He split it between my sister and me and it was an amazing bounty. I had to pay back my Mum’s family what we owed them from when she was ill. But in the end we paid off most of the mortgage on our flat and it gives us more monthly income as we let it out. I’ve kept about £10k as a cushion for emergencies. We have got about £250k equity in the flat and that’s about it. We’re pretty lucky to have that though.”

So what is most worrying to you – from both a personal perspective but also in terms of your family’s financial stability and future?

“I am starting to think that I have the very earliest symptoms of this disease. Specifically verbal aphasia. Not all the time, but forgetting words for things, and unusual things which are not run of the mill stuff. If the disease is starting to express itself in its earliest phases, that means I probably have about ten truly productive years left. And then around eight to ten years of going downhill before death. Everything might of course happen much quicker than that, and I just don’t know how best to prepare my family financially for that future. Or any other way to be quite honest. We don’t earn enough to be able to save.

But whatever we managed to accumulate probably wouldn’t be enough to pay for the care I will require, and will be sucked remorselessly away. K won’t have any time to earn anything because he will be looking after me, and A will just be at the point where she will be leaving home. It’s all too awful to think about. Except I have to and I don’t know where to start.”

OK – so where are you going to start?

“I need to find out as much information as possible. As far as I can see, I can be insured against going down with anything apart from dementia. So if I am going to develop dementia then I should probably reserve my resources for dealing with that. Should K get insurance against having to stop work in order to provide care? Is there such a thing?

It’s all too awful to think about. Except I have to and I don’t know where to start.

Should I try to have no assets and no resources at all? Because, as someone pointed out, if you have them, the state will take them to provide care. Are we better off being married or not married? I think insurance is already tricky because the forms ask whether one has relatives who have been tested for genetic conditions. Obviously I have to answer that question with a yes.

Also I don’t know if being ‘employed’ rather than ‘self-employed’ would make any difference as even if I were employed by a company that had some kind of health care benefit programme, I doubt it would cover something chronic like this.”

OK so none of this sounds much fun. What’s the best outcome here?

“Well obviously no markers and no disease is what I’m really hoping for. But best case scenario is that I find an advisor or organisation or charity that has pulled the answers to all these questions together and can sit down with me confidentially and help me work out the best way forward financially.

If I do go on to develop the disease I’d try to take part in a programme testing new developments in Stem Cell Research and get a miraculous stay of execution!”

We’ll be following up with Trina soon to see what options she has and what decision she has made.