Do you believe in life after death? Only a few of us have experienced something which they claim makes a belief a reality… the ‘Near Death Experience’ 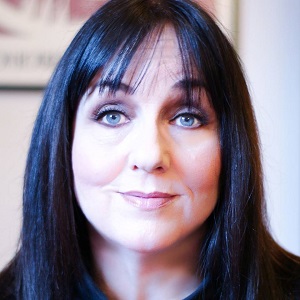 Lynda Hayes is a singer from Kettering who no longer has any fear of her own death, because she says she has already been to the other side. Here, she shares her intense Near Death Experience with us…

“I can vividly remember one sunny day in October 1996. My heart was pounding with terrifying irregularity as I pulled over into a layby on my way to pick up my children, then 2 and 4, from nursery. Gripping my chest, I tried to keep calm as I fumbled for the door handle and staggered out to lie on the ground beside my car. I dialled 999 and waited.

“I was 28 at the time and I knew this wasn’t a cardiac arrest. I was having yet another debilitating attack of tachycardia, something I had suffered from since I was 13 but that had worsened with each pregnancy and birth of my two sons, Adam and Galen. This shocking scene had become my ‘normal’. I had been in the back of an ambulance more times than I could count, and everyday activities like going to the shops were getting harder all the time.

“I had heard about a new, breakthrough procedure (a Radiofrequency Catheter Ablation) but it wasn’t until that event on the road that I finally decided something had to be done. I put the wheels in motion.

There was no way my brain could get a charge to my heart and it was then, there on that table, that I died

“After an 8-month wait I was ready to undergo surgery. I was wide awake, only sedated by local anaesthetic, trying to push the idea of the 2% mortality rate from my mind and focus on the new life that awaited me. Using radiofrequency, the surgeon burned away one of two electrical pathways from my brain to my heart that sends a charge to tell the heart to beat, but in a freak occurrence, both were accidentally shut down.

“There was no way my brain could get a charge to my heart and it was then, there on that table, that I died. What happened in the few moments I was gone was something I never could have imagined.

“A deafening buzzer sounded from no clear source as I felt my soul being wrenched from my body – an uncomfortable, almost painful yet exhilarating process that was clearly happening, although until this moment I hadn’t thought we had souls. I had no regard for my physical body as I found what was left of ‘myself’ travelling, but not through the tunnel so often described, instead through a dark V-shaped ravine that enveloped me in a smooth, matte grey. I looked down and saw that my soul had colour too – a vibrant amber, shimmering, translucent like coloured glass but with a strong, dense yet jelly-like consistency.

“It was then I realised I wasn’t alone. There were many others around me. Others I loved and trusted wholeheartedly, reassuring and supportive as I made what would have been a very scary ride without them. I experienced a feeling of intense love and connection with what I now refer to as ‘the helpers’, more than any of us could ever experience here on Earth, even though I couldn’t tell you who or what they were.

I was shown that all our souls are on loan and all are of equal importance, no matter who we choose to be in this life

“As my soul moved through at an unfathomable speed, I merged into what I can only describe as a giant gooey soup which I, everyone and everything was a part of and where there was more love than I or anyone else could ever feel in this lifetime. My helpers revealed that when we die, our souls are returned to their ‘source’ with great care, where we become part of one ‘whole’ giant soul.

“I was shown that all our souls are on loan and all are of equal importance, no matter who we choose to be in this life. Robbers, drug dealers and murderers are no different from saints and priests. Dustmen and millionaires, adults and children… we are all equals and in the end, all a part of each other.

“Without warning, I was suddenly awake. The surgeon had pulled out the catheter and put in a pacemaker which allowed my heart to start beating again. Coming back to life was easy, like sliding into a comfy old slipper. I felt so happy to be here. I opened my eyes, fully conscious and aware, just as I was before I died. With my first breath, told my surgeon everything I had seen. ‘Have you ever heard that before?!’ I asked ‘Yes’ he replied ‘but no extra charge for the insight!’.

I no longer feel any fear surrounding my own death and knowing we’re all equal has changed the way I see other people too. Nothing and no-one scares me

“After my NDE, life felt completely different. I no longer feel any fear surrounding my own death and knowing we’re all equal has changed the way I see other people too. Nothing and no-one scares me. This awareness opened me up to a whole new level of empathy which gave me the ability to truly ‘see’ people, whoever they looked like in this world, feel what they were feeling and see the world they were seeing. A gift which will always remind me that we are all one and the same.

“I went to see a doctor who was researching NDEs and asked him if he thought there was a special reason I had one. Was I supposed to share my experience with others? Did I have a mission? He told me he thought I was simply lucky to have experienced it and he wished it would happen to him. I replied, ‘however incredible it was, after going through it in a dress rehearsal I don’t want to do it again in a hurry!’

“I’m enjoying life too much for now.”

Lynda is not alone with her experience, although everyone having an NDE will experience it differently. A study completed by the European Resuscitation Council finds that a fairly high percentage of people who ‘die’ in medical conditions and who are resuscitated report a number of different cognitive responses whilst technically dead, from watching their own selves from a point outside their body, to meeting friends and family, walking through bright light or being surrounded by plants and animals.

Some have less pleasant experiences, moving through much more nightmarish scenes, but the common factor is that during that time when the person is physically dead, with no vital signs, there is still conscious activity. Whether this is your soul ‘moving on’ is of course the big question. But there’s really only one way to find out! I guess we’ll all find out, one day.

Ruby Deevoy is a natural health and beauty writer and columnist...