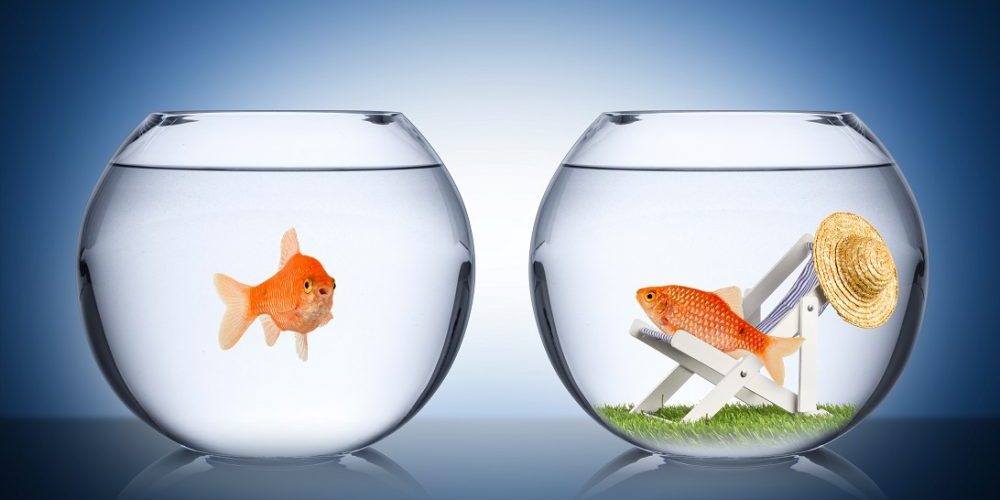 I’ve loved being a freelancer, but now I’ve got serious retirement envy…

Alison Dewar investigates the pros and cons of being self-employed, or ‘working for the man’. Is a hefty wage and secure pension scheme is really worth the high price tag? It’s our freedom, happiness and wellbeing?

“Sorry, lots going on, just being made redundant.” As emails go, the response to a simple enquiry about the village summer fair was certainly short – but was it sweet?

It started me thinking. And not least because she was the third of my contacts in just 10 days to tell me they were being made redundant or leaving with a ‘golden handshake’.

As a self-employed freelance writer, they’re certainly words that I’ll never hear, and I confess to feeling a twinge of envy.

Another thing that struck me is just how off the cuff the remark was. For my parents’ generation, redundancy seemed to foster almost a feeling of shame. That you weren’t good enough to do your job, and you crept away with your begging bowl, hoping someone would take pity on you and give you another job.

Today however, as companies merge, technology takes over and outsourcing becomes the norm, redundancy seems just another routine hiccup in our working life.

While final salary pensions may now be few and far between, workplace pensions do at least offer some longer-term financial security

Generally speaking, one benefit of working for a larger company will be the various perks, like private healthcare, bonus schemes or share options, and while final salary pensions may now be few and far between, workplace pensions do at least offer some longer-term financial security.

That is, of course, unless you’re a former employee of some of the high-profile businesses to have collapsed in recent months.

One friend, Jane, who’s in her mid-50s, is about to be made redundant for the fourth time in her corporate career. Although it enabled her to invest in property, she says that the money came at a high price.

“In a large organisation, you have to follow orders and conform; you’re effectively working like a robot who’s assessed by whatever mechanism they choose,” she said. “There are layers of politics and conflict, and you don’t feel you can say ‘no’, because it will reflect badly on your end-of-year bonus or your evaluation. You effectively become a prisoner.”

Another friend, Louise, 54, who has just walked away with her P45 and a cheque after 35 years with a financial services firm, says that friends tell her that she has ‘leavers’ glow’.

“The pressure increased until it became quite a bullying culture, with targets and long hours – it eventually made me ill,” she reveals. “The price wasn’t worth it, and I finally saw that life is too short.”

Both have been glad to walk away, but for the estimated 4.8million of us in the UK who are self-employed professionals, contractors or freelancers, the options are very different.

What we do have is the freedom to accept or (occasionally) decline work; to take days off and work weekends instead; and the targets we set are those we impose on ourselves.

What does this mean for our financial future?

Fiona, 47, who runs her own hairdressing and beauty business, says that, even though she and her husband (a self-employed builder) lost their first house in the financial crash of the early 1990s, she still wouldn’t go back to being employed by someone else.

“Quality of life is more important; I have friends who work in big business, and they might have pensions and perks, but are they happy?” she says.

“I love working for myself – I used to pay into a pension, but when I saw what would come out versus what I put in, it was shocking. Hopefully in the future, we’ll be able to downsize, but we’ll cross that bridge when we come to it.”

A quick straw poll of fellow freelancers found an almost equal split. There’s those who have had the foresight to do some financial planning, and others who prefer not to. The former have consolidated previous workplace pensions, taken out their own stakeholder pensions, or invested in ISAs. The latter trust no one with their savings, plan to rely on downsizing, or simply keep working.

“I have a pension but it’s worth so little that I’d be better off putting money under the bed,” says one. “I’ll be working until I drop dead; I worry about it occasionally, but there’s nothing I can do about it, so I try to put it out of my mind.”

Another added: “I’ll be bashing away at the keyboard! I have no faith in financial institutions to keep my money safe. And no faith in this Government. So, I have no formal pension – and don’t intend to get one.”

Others, however, take a more prudent approach. “I figure that, if I don’t fund my retirement, no one else will, so I’ve been paying into a stakeholder pension for years. And finally switched my cash ISAs into investments three years ago. Even small amounts add up if you invest for long enough.”

I don’t want to work until I drop, and would like to enjoy my retirement. I’ve worked as hard as everyone else who has a staff job, and I deserve it!

Another who has invested in a personal pension and ISAs said: “As freelancers, we’re already precarious and have little security; if we get ill, we can’t work, so we need to look after ourselves and save properly. I don’t want to work until I drop. And would like to enjoy my retirement. I’ve worked as hard as everyone else who has a staff job, and I deserve it!”

No one, however, would consider swapping the joys of being self-employed with joining the corporate bandwagon. Wwhich must say something for our character and faith in our own abilities. So, whether we rely on the advice of IFAs, personal pensions, property investment or even an inheritance, we clearly love what we do.

As for me, I agree with one freelance colleague, who said: “I’m planning to win the lottery – sorted.”

I just beat her to it by winning £5 on a scratch card this morning. I wonder where it will take me?