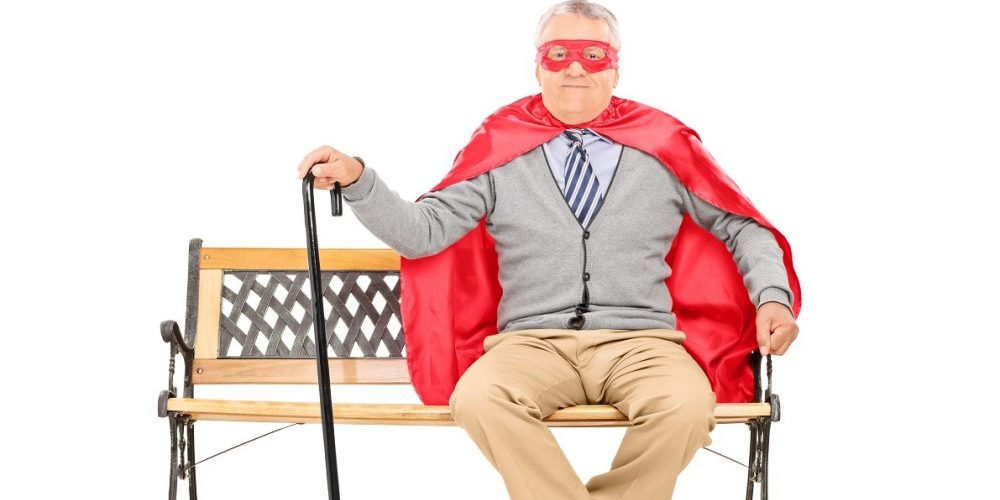 The geeks strike back: Why a love of sci-fi and fantasy should be celebrated to infinity and beyond

Damian Holmes explores the pop-culture phenomenon of science fiction and fantasy among older enthusiasts in their 50s and older, and reasons why it should be without a stigma for the later generations of fans

I have a confession to make: I love Dr Who. I also love Game of Thrones, the various incarnations of Star Trek, Marvel movies, graphic novels, and many, many other types of science fiction and fantasy in all mediums.

I can’t wait for the latest Avengers film to come out, and can spend hours of my reading time with a Pratchett or Bradbury book.

I’m not ashamed of any of this, but I do sometimes feel like I’m judged by others because of it.

There seems to be a view that when people get to a certain age, they shouldn’t be spending time with Time Lords, or dressing up as superheroes or aliens

There seems to be a view that when people get to a certain age, they shouldn’t be spending time with Time Lords, or dressing up as superheroes or aliens.

But a growing number of people in their 50s and older – the ‘grey geeks’, if you will – are refusing to turn their backs on the latest assembling of The Avengers by hanging up their costumes.

They cosplay with the best of them at the growing number of conventions and festivals that have sprung up around the country, with organisers saying that visitors from their 50s to their 80s are dressing up as their favourite characters at events.

Changes in perception do seem to be afoot – Game of Thrones might never get the same kind of kudos afforded to (admittedly very worthy) heavyweight non-genre programmes like The Wire, Breaking Bad or Six Feet Under, but it has won a string of Emmys and is enjoyed by millions, many of whom have no more than a passing interest in fantasy.

And the big money involved in the science fiction and fantasy market does tend to help strengthen its credibility.

There is still, though, a view among certain serious-minded folk that these films, and the television programmes and books, that fall within the genre – never mind the idea of dressing up as characters from them at the weekend – are childish and silly.

Look at a show like Dr Who, which has provided some of the finest British writing and acting seen on television over the last 10 years or so, but is rarely given any critical acclaim.

But there does seem to be growing evidence of a change in attitudes, and that may well be coinciding with an increasingly mature fanbase.

Steve Dickinson, one of the organisers of Scarborough Sci-Fi, a two-day convention across the Yorkshire seaside resort’s Spa complex, says: “If you called someone a geek 10, or even five, years ago, it was an insult. But now, it’s like a badge of honour. It’s an incredible change that we’ve seen in the last few years.”

Natalie Gosney of convention organisers Savage Beast Events, which organises Keighley Comic Con in West Yorkshire, adds: “Of late, there have been more senior citizens joining in the costume competitions.

“We aim to cater for all ages, from the very young to the very old. Those who do attend are very proud of their costumes, and they love chatting to other people who are similarly geeky, without age being a barrier.”

Both she and Steve paid tribute to one regular convention goer, Brian Dale, who died recently at the age of 79.

It’s people like Brian, who was so passionate about his love of cosplay and comic conventions, who have given older people the confidence to join in the fun

Says Natalie: “He was an avid convention-goer, and was well-known for portraying characters like the War Doctor from Dr Who.

“It’s people like Brian, who was so passionate about his love of cosplay and comic conventions, who have given older people the confidence to join in the fun and admit that they too enjoy these events.”

Scarborough Sci-Fi attracts up to 3,000 people of all ages, says Steve, including families with young children, ‘middle-aged nerds like me, and then the pensioners and octogenarians who really love it’.

Fans agree that things seem to be changing for the better. Phil Hull has been a fan of sci-fi and fantasy since his youth, and turning 50 has certainly not dampened his enthusiasm.

He says that, if anything, his interest is stronger than ever, and believes that we’re in a Golden Age for the genre.

He recognises, though, that some people do sneer or look down their noses at sci-fi, but says that, working as a software engineer, he has plenty of like-minded colleagues to discuss the latest episodes with.

“My immediate circle doesn’t look down on sci-fi; it’s quite an accepted genre,” he reveals. “I tend to find at least a couple of people – from co-workers to managers – who share interests in various flavours of sci-fi. Some read books, some movies, some the many TV shows.

“There are those who aren’t interested, but they’ll discuss football quite openly, and my feeling is that sci-fi is no more (or less) juvenile than that. If I was in a different environment, it maybe wouldn’t come up in the office, but I feel I’m too old and not so prone to peer pressure to hide what interests me. I’d say that was more of an issue when I was younger, when finding like- minded people was more difficult.

“There are always those who will say that they don’t get it, or who will sneer a bit – but in this age of reality TV and soaps, their interests are equally mystifying to me, and I’m confident enough in myself (and hopefully diplomatic enough) to counter such attitudes with a ‘different strokes for different folks’ attitude. As long as I’m not getting in their faces with my interests, things roll along quite nicely.”

Jef Oliver has been reading sci-fi for more than 40 years, since he was 10, when he picked up Robert Heinlein’s Starman Jones at a library.

He says that he had no problems putting his interest in science fiction on his CV, for example, although he accepts that it’s not something that’s often seen. Both Jef and Phil believe that perceptions are changing for the better.

I don’t now sense implicit abuse in the terms ‘nerd’ or ‘geek’. But I would have done when called those things in the ‘80s.

Says Jef: “I think that the Star Wars prequel was the start of the acceptance of sci-fi from a fictional side, and the emergence of the zillionaires of Silicon Valley, the start in the real world.

“I don’t now sense implicit abuse in the terms ‘nerd’ or ‘geek’. But I would have done when called those things in the ‘80s.”

Phil believes that, in the past, genre films and television were made by journeymen who weren’t committed to the source material, which is helping them appeal to both the fanboys and girls, and a much wider audience.

“It seems that the geeks and freaks that are the same age as me are in charge now, and approach the genres with love and passion,” he explains.

“These properties are now run by those who love the genres, and know how to keep the essence without alienating mainstream audiences.”

And for both, it’s the issue of time, rather than any negative perceptions or a sense that they should be ‘maturing’ away from the world of sci-fi and fantasy, that dictates how much time they can spend on the genre they both love.

Concludes Phil: “I only scratch the surface of what’s available now. It’s time that’s the issue, not the attitudes of others.”

As for Steve Dickinson, there’s no doubt that there shouldn’t be an age barrier on enjoying science fiction.

“It doesn’t matter how old you are – you can still have fun and be a geek.” 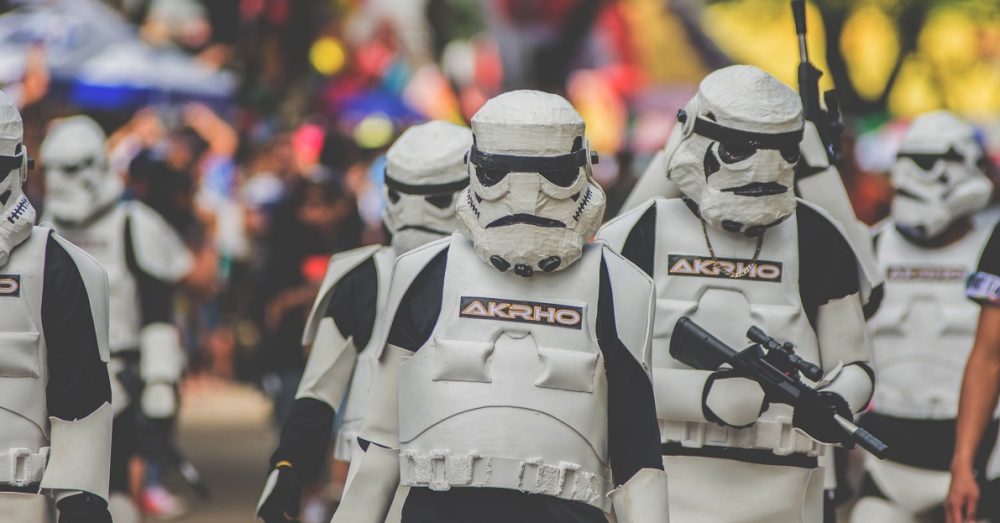