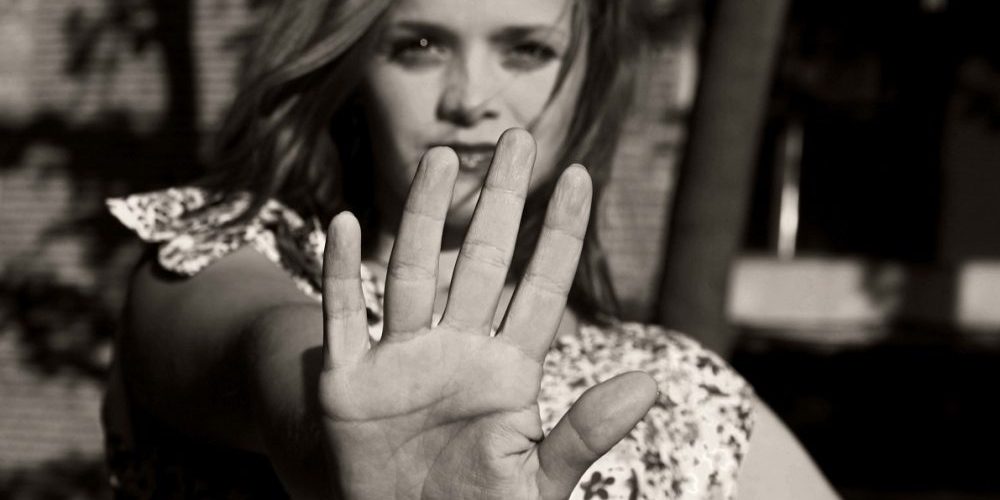 The joy of saying ‘no’

Go on, try saying you’re too busy for a change. Never mind ‘yes, I can’ – sometimes, the very best answer is ‘no, I damn well can’t!’

I’ve recently discovered that it can be really empowering to reply in the negative. Ever tried it? I recommend it.

Now, don’t get me wrong, I’m a very positive person. But sometimes I’m easygoing to the point of self-harm, because I’ve often said ‘yes’, when what needed to come out of my mouth was the opposite. This has left me constantly over-committed due to saying ‘yes’ to too many nights out because of FOMO (fear of missing out); yes to all work in case, being a freelancer, I don’t get any more; and yes to anyone who wants a favour, because I simply hate to offend.

Well, not any more.

‘No’ has become my new favourite word. I’ve turned work down if it looks problematic or will be tough to squeeze in; I’ve consciously chosen to miss a party without giving into fears of becoming a social pariah; and I’ve issued a stubborn ‘no’ to my beloved family when they take me for granted. It’s not been easy to break the habit, I’ll admit. Your mind fills with the ‘what-ifs’ and the guilt – the fear of offending. But trust me; it’s worth sticking with it.

I’ve often said ‘yes’, when what needed to come out of my mouth was the opposite. This has left me constantly over-committed

And being less available is utterly liberating, because it’s about actively choosing what’s best for you. Rather than being endlessly obliging or giving into whatever it is ‘in case’, you’re making choices based on your convenience and inclination. In the past, I was often ill with the stress of keeping up with my work-load and commitments because of being overstretched. I was also permanently late because of trying to cram it all in. But that was the old me. Now, I manage my diary carefully rather than packing it to the gills. Time and energy are finite, and I view both as precious.

And it turns out that being able to say ‘no’ is a vital skill for work success. In his new book Great at Work: How Top Performers Work Less and Achieve More, based on a survey of 5,000 employees and managers in which work practices were charted against results, author Morten T. Hansen has distilled the findings into ‘work-smart’ practices. The first step, he found, is to have the courage and discipline to focus on very few key tasks, and go all-in on those. Managers need to become ‘do-less bosses’ who listen to employees when they say that giving them more work is counterproductive. And employees need to get better at saying ‘no’.

Easier said than done, you might think. In today’s always-on world of work, it’s hard to ignore a demanding boss’s requests if they’re pinging you an email at 10pm. But you don’t have to reply, says leadership communications coach Antoinette Dale Henderson, author of Leading with Gravitas. In fact, you shouldn’t.

Replying to emails late into the night is sending out the message that you can always reach me and demand things of me, and I will always respond

“Replying to emails late into the night is sending out the message that you can always reach me and demand things of me, and I will always respond,” she writes. “It becomes self-perpetuating. And because the expectation has been built up, not responding creates even more problems, as your silence looks like an act of defiance or unprofessionalism.”

Says organisational psychologist Jane Piper, author of Focus in the Age of Distraction: “It is easy to get sucked into a vortex of working long hours if it is part of the culture, and start to believe it is the only way to get to the top. Instead, challenge the assumption and clarify the expectations from your bosses of the hours they expect you to work, especially around answering out of hours and weekend emails. You hopefully will be pleasantly surprised that they aren’t expecting an answer immediately.”

Dale Henderson recommends finding the line between being completely passive, and being aggressive and territorial – the former could lead to you being the office doormat, and the latter to you being perceived as unhelpful.

She adds: “Assertive communication is about being really clear what your role is and isn’t, so there are clear boundaries – then you know what you should be saying ‘yes’ to and what you can justifiably say ‘no’ to.”

Here are somee strategies to help you make your point in ways that won’t rock the boat:

The most direct approach is brief and clear: “No, I can’t work late tonight, I’m sorry.” The shorter you can make that ‘no’, the better. Look them in the eye, avoid being smiley, and state your ‘no’ in a clear and unwavering way, then break off eye contact to make it clear the conversation’s over. People often start justifying and over-explaining, which makes them come across as defensive and invites a drawn-out negotiation. So, keep it short and assertive.

SHOW THAT YOU VALUE YOUR TIME

People often don’t know what they’re saying ‘yes’ or ‘no’ to. Using questioning techniques demonstrates that you’re not being difficult, and that it’s not that you don’t want to do it, but that you value your time sufficiently to not be able to just drop everything and say ‘yes’. If you do that, you’re basically implying that everything else you do is not important or valuable.

If you do have conflicting priorities, the most assertive position to take with your boss is to state, ‘I have this deadline and this deadline, and my recommendation is to focus on this one first’. In this way, you’re showing that you’re in complete charge of your time and priorities, rather than handing that decision to them.

If you provide a ‘because’, you have more chance of the person accepting. Even if it’s an utterly random reason, people are less likely to argue with it. But if you give a list of reasons, it undermines you.

Use the broken record technique, repeating your refusal in exactly the same way until your boss accepts it. When salespeople are cold-calling, they give up after three ‘no’s, but they’ll keep going until then, be-cause people often capitulate before the third one. So, just keep firmly saying ‘no’.