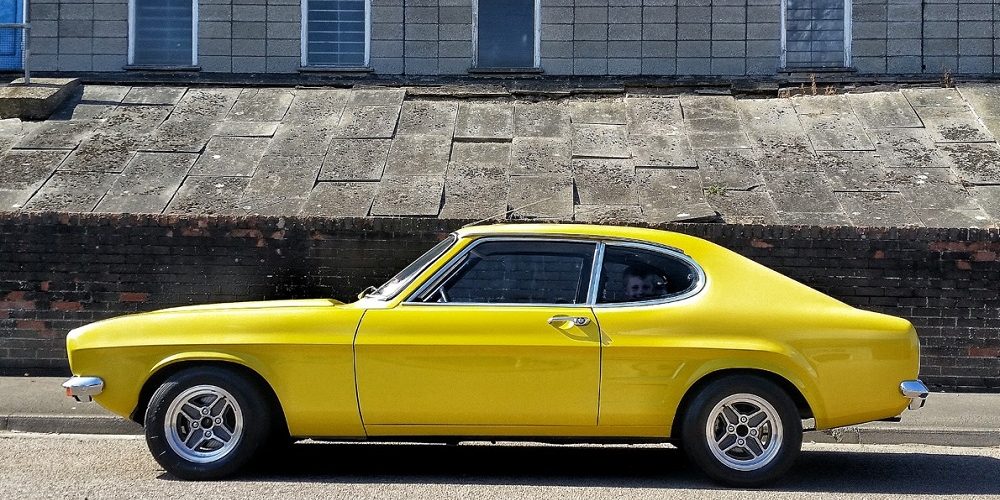 I’m not good at getting rid of classic cars. Buying them, however, is easier than falling off a well-oiled log…

But it’s common knowledge among petrolheads that it’s simpler for a camel to pass through the door of a Mini than it is for a classic car fan to hit ‘sell’ on eBay. Which is why the car I’d spent more than 10 years building was sitting gathering dust in a lock-up.

I can’t really remember why I suddenly wanted an Mk1 Ford Capri, but it had something to do with my anti-establishment bent. Classic car enthusiasts are just as susceptible to trends as any other sector of society, and back in the early 2000s, the Capri’s image had hit rock-bottom.

Arthur Daley’s sidekick in TV’s Minder, Terry MCann, drove a shonky white Mk2 – a car chosen because it helped to reaffirm the nefarious pair’s small-time criminal credentials. Only Fools and Horses’ Del Boy waxed lyrical about his Capri Ghia’s ‘real imitation wood dashboard’, to sniggers from the studio audience. The Capri was a joke. But I’ve always liked an underdog, so I bought one.

£1,700 bought me a pretty tidy 3000 GXL – that was top spec in 1973, and it even came with its own real imitation wood dash. However, after a year of driving it, the 3-litre V6 engine started producing more smoke than one of Del Boy’s cigars, so I looked into rebuilding it.

The Capri’s laughable status meant parts were hard to come by, and therefore expensive

I was used to owning MGBs, and their popularity was such that any part you needed was available, from a spark plug to an entire replacement bodyshell. But by the same token, the Capri’s laughable status meant parts were hard to come by, and therefore expensive. Rebuilding the engine was going to cost me £1,100 in 2002 – and that was if I did all the work myself.

Luckily, the internet had been invented by then, so I could spend many happy hours searching for bits to get the car sorted out. That’s when I read about a chap in South Africa called Basil Green, who’d made a good living back in the day, putting Ford Mustang engines into brand new Capris and selling them to enthusiastic lunatics. The 5-litre V8 engine gave Green’s Capri Perana (intentionally misspelled, as Piranha was already a registered trademark) Ferrari-esque performance, and predated Ford’s own working-class hero, the 1986 Sierra Cosworth, by 17 years.

Green planned to sell the car in its UK homeland, but 1973’s oil crisis, prompted by the USA’s decision to supply arms to the Israeli military during the Yom Kippur war, soon put paid to that, as petrol prices in the Western world soared, and sales of gas-guzzling performance cars fell off a cliff.

Of course, my enthusiasm for building a Perana replica blinded me to the obstacles

Their rarity means real Peranas are worth upwards of £50,000, but Ford’s V8 engine was in production for 40 years, and fitted to everything from trucks to sports cars. I soon discovered I could buy a complete kit of parts to rebuild one for less than £300, including shipping from the States. Pistons were £7 each.

Of course, my enthusiasm for building a Perana replica blinded me to the obstacles – for a start, I didn’t have an engine to rebuild (which didn’t stop me ordering the parts to rebuild one). And it wasn’t just a case of pulling out the old engine and dropping in the new one; I’d need a suitable gearbox and lots of custom-made parts to make it all work.

The brakes and suspension would all need upgrading, and I had a young family and a full-time job. So, it took me 10 years of my limited and precious free time to get the car the way I wanted it, but it didn’t disappoint.

With a 300-horsepower, fuel-injected engine in the lightweight Capri, performance was scary. Standard 3-litre Capris had a reputation for being tail-happy; mine was tricky to drive in the dry, and almost impossible to handle in the wet – well, for me, anyway. I can clearly remember having to pull over to the side of the road during a downpour near La Rochelle on a continental driving holiday, because I simply couldn’t stop the rear wheels spinning, no matter how timidly I tickled the accelerator pedal.

By 2013, it had been completely restored and resprayed, which is about the time I started to lose interest in it.

But despite its intimidating nature, I enjoyed the car for many years, and continually improved it too. By 2013, it had been completely restored and resprayed, and looked as well as it went – which is about the time I started to lose interest in it.

For a start, the paintwork was now so perfect that I was scared to leave the car in a carpark, in case someone opened their door against it. On top of this, Capris were no longer the runts of the classic car world. God knows how much I’d spent over the years building the car – I’ve never had the inclination to work it out, but I can’t imagine it would be less than £15,000. However, the car was now worth considerably more than the original £1,700 I’d paid for it – such is the popularity of 1970s and ’80s Fords that £25,000 seemed like an entirely reasonable valuation.

And, petrolhead though I am, I didn’t want that kind of money tied up in a car. It had simply become too valuable to drive. So, reluctantly – and after it had sat unused for three years – I had an attack of the sensibles and decided to sell it, to put the proceeds towards a house extension.

I advertised it on a classic car website with an asking price of £26,500, and within a few hours had an offer of £22,000, which I turned down. But a month later, after a few sniffs and some derisory bids, I had an email from an English collector based in Hong Kong.

“I have a video of your car from a few years ago,” he said. “You were on the motorway and I pulled alongside you. I’ve wanted your car ever since.” 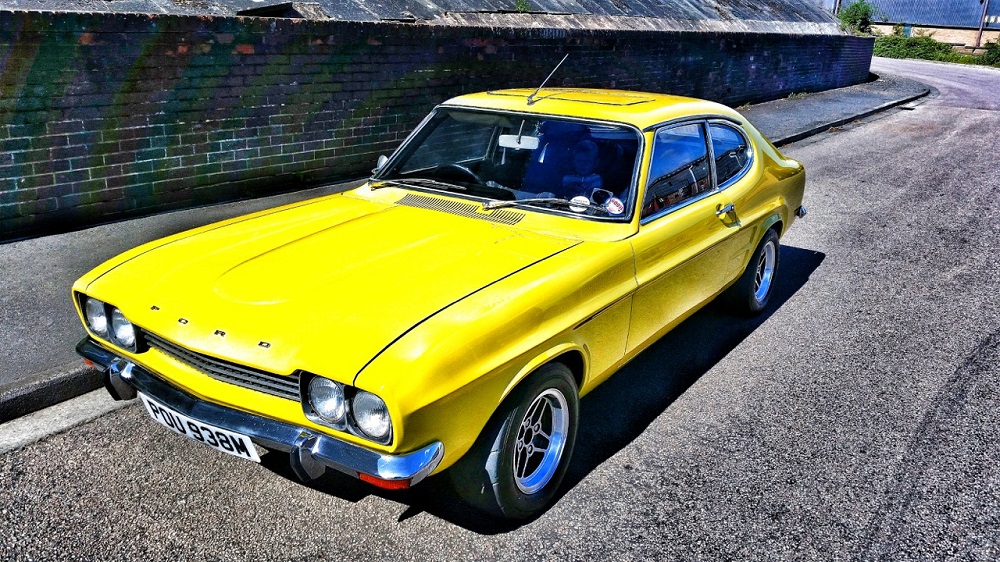 We exchanged a lot of emails and I gave him an extensive history of the car, plus pictures covering every inch of it. He was due in the UK in a couple of weeks’ time, arriving the day after I returned from Kenya, where I was doing some volunteering in a school for kids with special needs for a week. This meant I wouldn’t have time to sort out a couple of niggles the car had developed, and I wanted it to be spot-on when he viewed it, so I booked it in to a local classic car specialist in my home town to get the work done while I was away.

I dropped it off a few days before my trip, and didn’t expect to see it again until my return. But the specialist rang me that evening.

There’s been a fire – the Capri is gone. I’ve contacted my insurers

“There’s been a fire – the Capri is gone. I’ve contacted my insurers.”

He claimed his partner had been driving it onto the ramp when flames appeared from underneath the bonnet, although he later changed his story to say they’d pushed it onto the ramp. Either way, my car was the only one destroyed, as the two others that were in the workshop when I dropped it off – a Jaguar C-Type replica and a pre-war supercharged MG worth in excess of £1million – were both outside at the time. 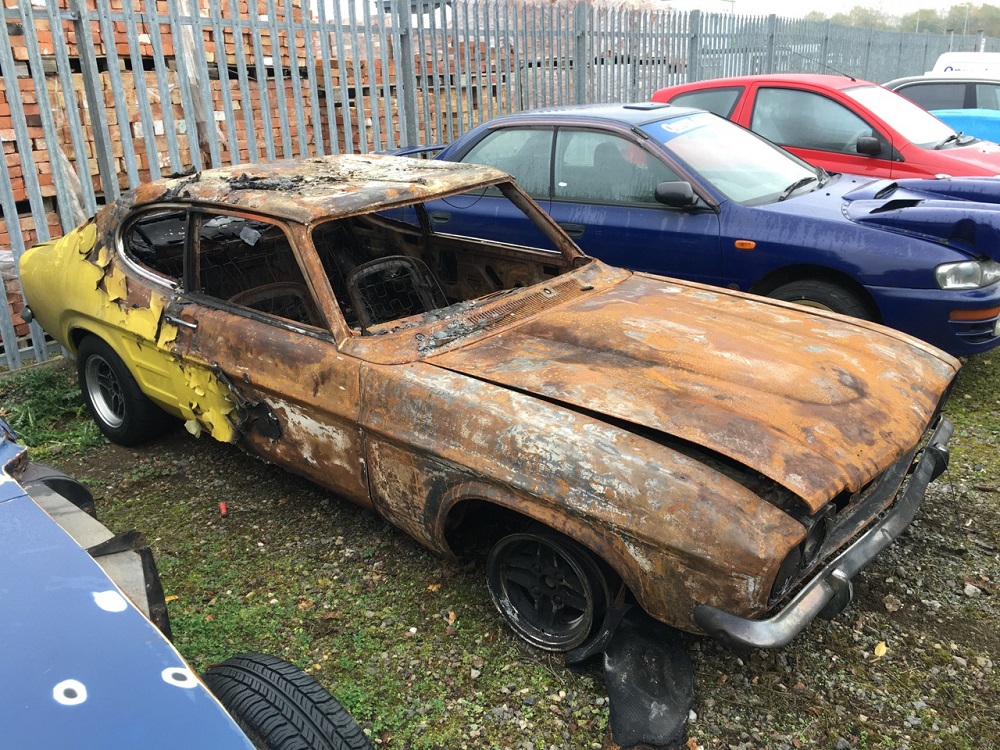 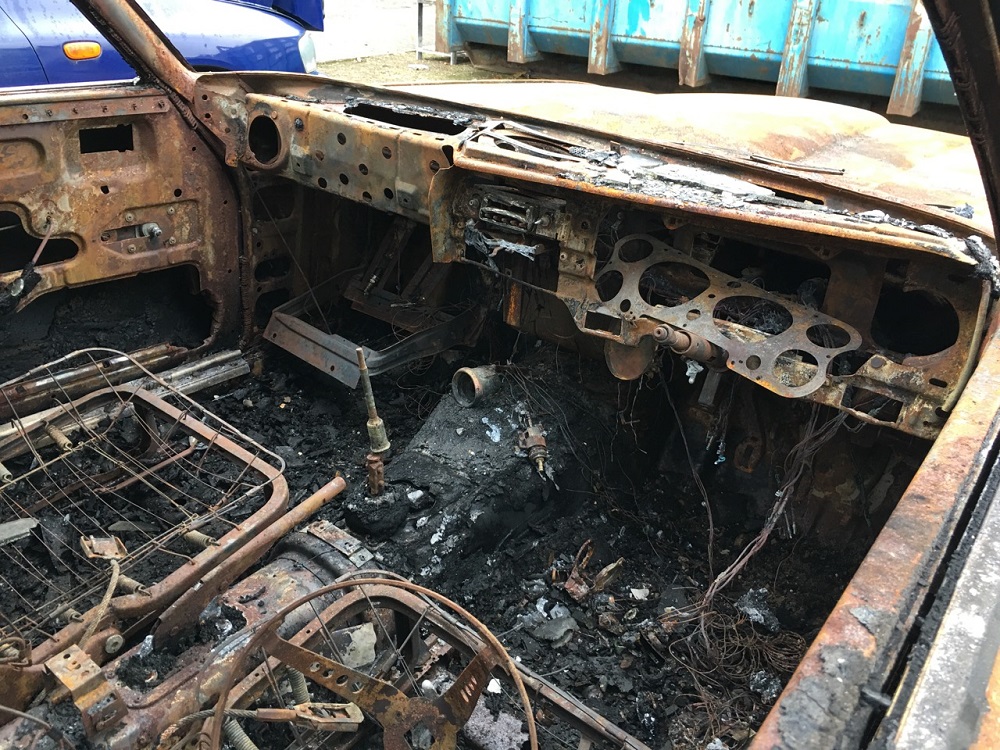 I went on my volunteering trip and met up with the specialist on my return, which is when he told me his insurance had been cancelled. He said this was because he’d had the wrong type of cover, and was in the middle of trying to sort it out. He said he needed £60,000 to rebuild his burnt-out workshop and had no money. I left the meeting in shock.

I contacted my insurers, Equity Red Star (ERS), who agreed the specialist was liable for the loss, and said they’d investigate. Weeks turned into months, and after five had passed, I got so fed up with ERS ignoring my emails that I contacted their CEO. This, at least, got a reply, but things still dragged on, and after I’d contacted them to tell them the specialist had now had his workshop refurbished, and was claiming it was all paid for ‘on insurance’, and again got no reply, I contacted the financial ombudsman. He passed my complaint to Lloyds of London.

This prompted ERS to offer me £5,000 to settle my claim. I checked my paperwork and was horrified to see £5,000 on it as the car’s value. I hadn’t checked it. Furthermore, ERS claimed I’d told them it was worth £5,000 when I called the broker to get it insured. I pointed out that, as I’d already advertised it for sale at £26,500 when I arranged cover, this was either a slip of the tongue, or they’d misheard me.

I also pointed out that, as the broker was a classic car expert, he would have known full well that the car was worth way in excess of £5,000. More months dragged by, during which I discovered that ERS had scrapped my car, which, bearing in mind it was still mine, they shouldn’t have done. After more than a year had passed, ERS decided the car was worth £21,000, a figure they said their engineer had reached after inspecting the car.

They also agreed to apply a principle known in the insurance industry as ‘proportionality’. This calculates the percentage by which the car was underinsured, and applies this to the settlement figure – in this case, 69% of £21,000, which is £14,500. Much better than £5,000, but still a long way from £25k.

I pointed out that something’s value is determined by one thing only – what someone else is prepared to pay for it. And as I had an email from the Hong Kong collector stating he would have paid ‘close to the asking price’, I argued that this meant £25,000.

Eventually, the ombudsman came up with a valuation of £23,000, and said he couldn’t accept my £25,000 figure, as ‘ultimately the buyer didn’t proceed with the sale’. I have a hunch this is because the car was burnt to a crisp, but what do I know?

16 months after my car was destroyed, I still don’t know whether the specialist had insurance or not (something neither ERS nor the ombudsman have been able to clear up either way), and I’m still waiting for the ombudsman to make a final decision on what ERS should pay me.

The law is clear – once you drop off your car at a workshop with a pre-arranged appointment, it becomes their responsibility, and if it’s damaged, it’s down to them. So, I strongly suggest you check that the garage has the right insurance cover next time your car goes in for work.