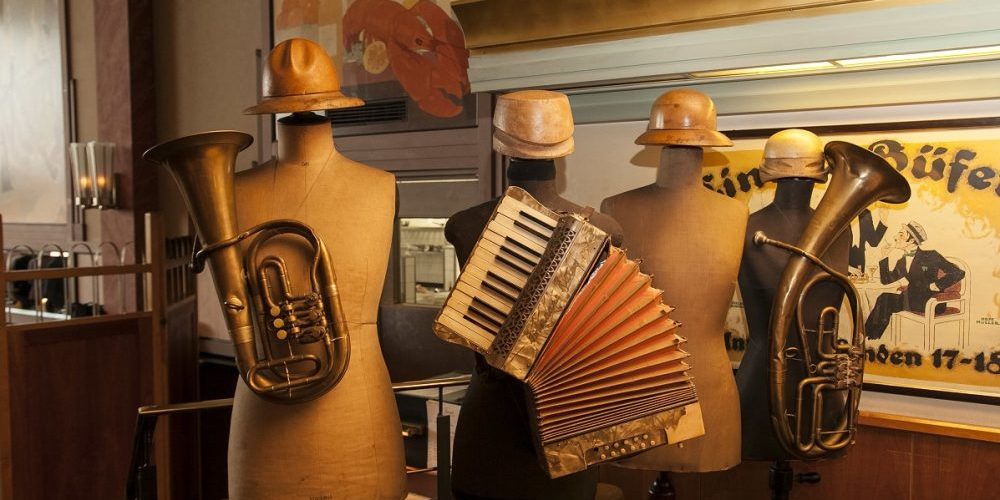 I recorded my first jazz album at 60

“It’s very difficult to do, but never, ever let the things you are told as a child affect you in later life.” This is the piece of advice Susan Fleet wished she had been able to tell her eight-year-old self after she was thrown out of her school choir for being ‘no good at singing’.

With no choir to perform with, Susan could only stand and watch as her younger brothers were given the opportunity to sing in the church choir. She longed to join in too, but they didn’t allow girls.

Susan was lucky – in her teens, the chance discovery of her emerging soprano voice gradually reversed the damage caused by her early rejection. With her parents away, Susan was left in the care of a family friend who was also her school teacher. With no TV in the house, the only after-dinner entertainment was music. And although she protested that she ‘couldn’t sing’, Susan, then 13, was asked to sing the Welsh song Idle Days in Summertime.

Her family friend then asked her to sing the song again the following day, this time to her school’s head of music. When her parents returned, they were asked to contact her teacher.

“They asked, ‘What has she done?’, but were told, ‘Your daughter has an exceptional voice for her age, which would benefit from training,” says Susan.

Gaining the confidence boost she needed after beginning singing lessons, she received her first professional booking to sing at a wedding at the age of 16. She’s been performing opera and classics ever since with Cantemus, the charity choir she founded in memory of her father, as well as leading roles including Eurydice in Orpheus, Musetta in La Boheme and Mrs Lovett in Sweeney Todd for companies across the South East of England.

Still going strong at 60, Susan decided it was time for a new challenge. Jazz was a musical style she’d always been interested in, and she set her sights on recording an album of her favourite tunes. Her inspiration came from two very different musical influences – award-winning jazz singer and Radio 3 presenter Claire Martin OBE, and Forces’ Sweetheart Dame Vera Lynn.

Susan has been a friend of Dame Vera for decades and acts as her PA, answering correspondence from fans across the world. Their meetings often end with musical discussions and an occasional sing-song.

I wanted to do something for Dame Vera’s 100th birthday, but thought, ‘What do you buy a living legend?’ So, I decided to record her an album

“I wanted to do something for Dame Vera’s 100th birthday, but thought, ‘What do you buy a living legend for her centenary?’” Susan explains. “So, I decided to record her an album, Dedication to a Songbird, to raise money for the Dame Vera Lynn Children’s Charity, which supports children with cerebral palsy and motor learning difficulties.”

Susan decided she needed some help. She met Claire through a client; Claire’s silken voice has won her Best Vocalist at the British Jazz Awards twice, and she’s ranked among ‘the top five female jazz vocalists on the planet’ by US magazine Jazz Times. They were introduced to each other at an event, where they got chatting about their mutual love of singing.

“She asked about my classical music training and we talked about the different styles,” continues Susan. “Singing classical means singing from the head, but singing jazz is more focused in the chest register.

“Claire invited me to her house, and having heard me sing, said, ‘I will produce your album for you’. I was completely blown away. She didn’t give me singing lessons as such – just hints on how to achieve a jazz sound.”

Susan chose some of her favourite jazz tracks, including Ain’t Misbehavin’ and Summertime for the album’s playlist. In honour of Britain’s greatest songbird, many tracks have references to birds in the title, including Susan’s jazz rendition of A Nightingale Sang in Berkeley Square, a ballad made famous by Dame Vera. Susan and Claire duet on the album’s final track, Give Me the Simple Life.

Susan recorded the album at jazz trumpeter and co-producer James McMillan’s Quiet Money Studios. She was backed by a five-piece band, all leading lights within the jazz world.

“I sat there listening to the musicians and I got goosebumps,” she reflects. “They were incredible. I heard them and just went, ‘Wow’.”

With classical music, you really have to work hard to reach the top notes, but jazz is a whole different technique

The 10-track album took just over a day to record, but Susan didn’t feel at all daunted singing along with the some of the UK’s leading names in jazz.

“I found the whole process quite relaxing,” she reveals. “With classical music, you really have to work hard to reach the top notes, but jazz is a whole different technique. And Claire is so laid-back. She’s a great person to be around, and was very, very supportive all the way through.

“I have no ambition to get to number one, but just to make a CD for people to enjoy listening to – and the feedback has been that listeners also find it very calming. It’s been a new experience, a way of raising money for a worthy cause, and a tribute to a very dear friend. And I had a ball recording it!”

And what did Dame Vera think of her birthday present? “She was thrilled!” exclaims Susan.

Now, Susan’s goal is to keep on singing – jazz, opera, or whatever else takes her fancy – and encourage others to do the same.

When my voice fades, I hope someone will say, ‘OK Susan, it’s time to stop now’

“Dame Vera performed her last professional engagement singing We’ll Meet Again at 80,” she considers. “When we meet up together, it often ends with a song. Her voice is still there, and voices that are used properly go on for a long time. When my voice fades, I hope someone will say, ‘OK Susan, it’s time to stop now,’ but I hope that’s not going to be anytime soon!”

Susan has put on charity concerts since the age of 13, roping in her younger brothers for her very first event at a church hall, which raised £100. (“Something they’ve never forgiven me for!” she laughs.)

She’s since gone on to organise three fundraising concerts every year for the past 47 years – and believes that music has a healing effect on both performers and audiences.

“Music is incredibly therapeutic,” she confirms. “I can be up against deadlines or other stressful situations, but when I go out to sing, it takes me completely into another zone. My shoulders drop and it makes all the everyday strains go away.”

Susan is especially careful with the feedback she gives to the next generation of young performers. As a trained drama teacher and adjudicator herself, she’s determined not to repeat the mistakes of the past.

“I’m always very, very careful with how I phrase criticism,” she concludes. “I try to give advice that will lift children, because I know the wrong choice of words can have a devastating effect.”

And as far as Susan’s concerned, it’s never too late for those wanting to find their voice.

You might need guidance from a choir or group, but singing is actually something that most people can do

“Age is absolutely no obstacle,” she insists. “You might need guidance from a choir or group, but singing is actually something that most people can do. You might not necessarily become a soloist, or even want to, but most people can learn to sing as part of a choir.

“There are so many choirs everywhere now that you’ll easily find one that suits you. There’s everything from gospel and rock choirs, to choral societies and even choirs for people who think they can’t sing! There’s a wonderful camaraderie that goes with creating music together, and that’s something very special. I can’t imagine ever giving up singing – it’s so good for the soul.”

Dedication to a Songbird by Susan Fleet is available as an MP3 download at amazon.co.uk, Google Play or iTunes.