Did your relationship with your adult child change when they became a parent?

When do your kids stop being children? Some would say it’s when they have babies of their own that your relationship shifts and takes on a whole new shape.

I didn’t give much thought to my relationship with my mother back in the last century. We grew apart when I left home, with her focusing on her work in art therapy and me on my career as a journalist. We checked on each other by phone once a week, and visited when we could find matching ‘windows’ in our packed diaries.

When I gave birth to my eldest daughter, my mum came to stay for a week. After she returned home, she called to say she’d got back safely and from that day, pretty much until the day she died, our phone chats became a daily occurrence.

Now we had something in common; we were both mothers. Because of this, we became friends

She lived 50 miles away from me back then (nothing compared to the immeasurable void between us now), but we upped our visits from once a year to once a month and, although nothing was ever said about it, it was clear that our relationship had changed. We’d always been quite different but now we had something – a very major thing – in common; we were both mothers. Because of this, we became friends.

There were times, of course, even after I’d had babies two, three and four, when I’d slip back into ‘teen mode’, but my mum was quick to remind me that I was a grown-up. I was grateful for those reminders and grateful too for the love, advice and friendship she gave me throughout those difficult child-rearing years. Fast forward almost a decade from her death and here I am, walking in her shoes, a new grandmother to my eldest daughter’s son, born last March.

My daughter Ruby, now 29, and I are opposite star signs, with similar voices but very different personalities. From a very early age she took great delight in scolding me: when she reached 22, I told her it had to stop. Boundaries were drawn, rules and roles established. Ruby just laughed.

Becoming a grandmother makes you suddenly fiercer, and more vulnerable

Our relationship didn’t change immediately – relationship shifts tend to be gradual – but from the moment I met my grandson, a new side of me emerged. Becoming a grandmother makes you suddenly fiercer, and more vulnerable: it’s hard to describe, but when Ruby sees me with her son, I’m sure she thinks I’ve gone soft in the head!

Although we are both busy doing our own stuff, with Ruby and her little family hundreds of miles away from me, The Shift has now occurred. We are no longer mother and child – we are mother and mother. We talk, Skype or message every day – and not just about the baby. We do similar jobs and have lots in common now: the same core beliefs, similar tastes in fashion and music and the same sense of humour. 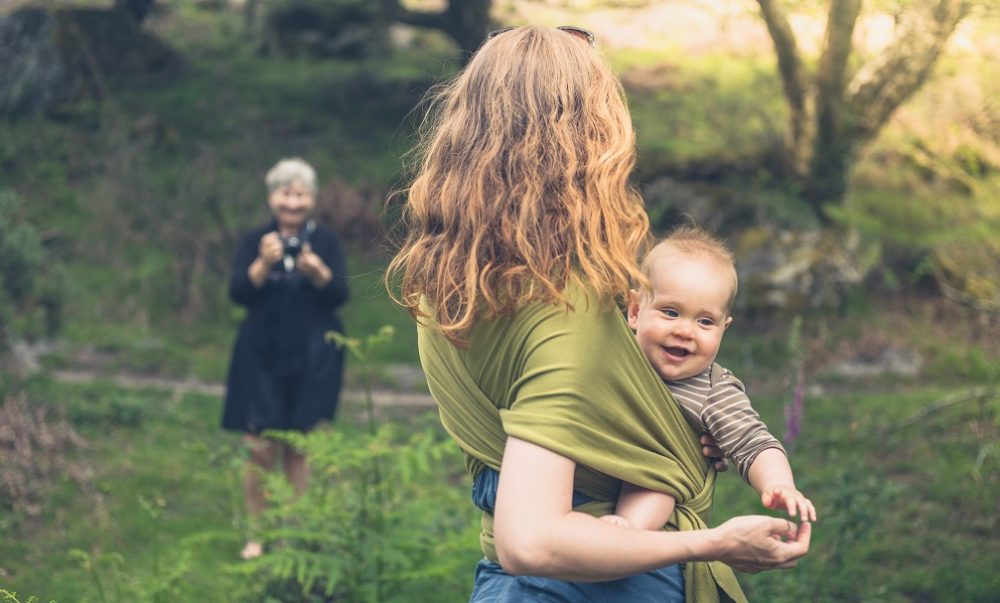 She has a new appreciation of what being a mother means and understands now that it’s not as simple as she once thought. She seems to enjoy hearing stories about when she and her siblings were little, and instead of politely trying not to roll her eyes while I ramble on, she now seems genuinely interested in hearing my anecdotes. When I look at her these days, I see her as a woman and a mother, not my little girl any more, but a fully-fledged grown-up with strong views and a raw and powerful maternal instinct. As we’ve slipped into our new roles, we connect not only as parent and daughter, but as women and mothers.

There will probably be another shift in the future, when she becomes a grandmother, but until then we’re simply enjoying where we are and what we’re becoming, and hoping our newfound adult relationship will go from strength to strength.

8 Ways To Support Your Parent-Kids

Family counsellor and psychotherapist Katerina Georgiou (kgcounsellor.com) says: “Relationships between parents and adult children can be fraught. When an adult child becomes a parent, however, the feelings of love that the new parent has for their child are often overwhelming and it is in that new awareness that they can suddenly appreciate the absolute love their own parents had for them. The intensity of that, mixed with the emotional vulnerability a new parent feels, can lead to a new relationship between the new grandparent and their adult child – one of reconciliation and admiration. The new parent starts to view their own parents with compassion, instead of focusing on the things that were wrong in their childhood. This can also go the other way of course – especially if the adult child thinks their parenting skills are being judged – and this can bring up old resentments. But once these resentments are aired, the foundations of the relationship can become stronger and a fresh new adult bond can be formed.”