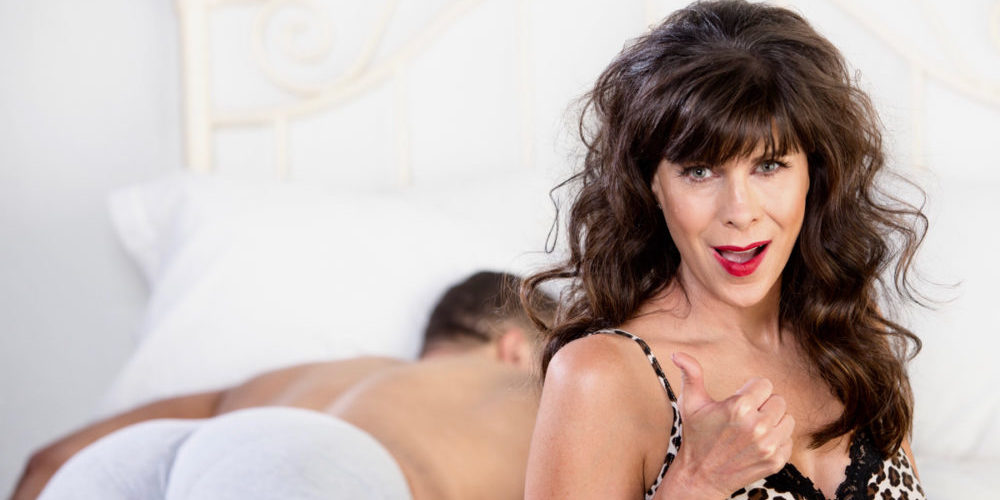 My mother is a cougar, and I hate it!

Jane and Julie have always been close – Jane was a single mother, Julie her only daughter. It’s a strong bond. They’re now 64 and 38 respectively and finding for the first time that there’s a situation threatening their closeness. Jane is a cougar, and Julie doesn’t like it. Here they both tell The Tonic their side of the story…

Although I would always call myself a single parent, in the years when Jules was growing up, I did have relationships. A couple of them were long term, over five and eight years, and good men, people I’m still friends with. But I never felt it was right to go the whole hog and move in together or get married, so it’s always really been just the two of us. Her dad – well, let’s just say he hasn’t been around. His choice.

I always preferred that though to be fair – we were just so close. It just never seemed like the right time to introduce a ‘stepdad’ into our living arrangements, and before you knew it, Julie was grown up and off to uni and that was that. She would always come home at holidays (with a massive bag of laundry!) but as she graduated and moved on with her own life we naturally saw each other less. I watched her develop into an adult, and she has an amazing career and I watched her fly. I’m so proud of her.

Your child moving out and leaving home brings a kind of grief you don’t expect… I just wandered around the house sobbing. It was almost like she’d died

But I was shocked at how much I missed her when she left. Your child moving out and leaving home brings a kind of grief you don’t expect. Of course it’s absolutely right – I wouldn’t have dreamed of holding her back for my sake – it was just harder than I thought it was going to be, and after she left the first time I just wandered around the house sobbing. It was almost like she’d died. That sounds really dramatic but it’s how I felt. It took me ages to get used to the whole thing.

This is when I started to think maybe it was time for me to meet someone, and that perhaps now I was in a place to commit to them fully. When I started dating again I had in my mind something sensible; a man of my own age, someone I could go to dinner with, share similar interests and so on. But after joining a dating site I got approached by a much younger man, and I couldn’t help being flattered. I thought he’d probably contacted me by mistake so I sent a friendly ‘don’t worry if you’ve hit the wrong button, good luck in your search!’ message but actually it was me he’d wanted.

We ended up meeting for coffee (his suggestion) rather than a drink (mine!), although I really wasn’t sure about it at first. But we talked and he explained that he just wasn’t into younger women who were often chaotic, and he didn’t want to be messed around by ‘girls’ who didn’t know what they wanted, and that he’d found older women to be exciting. He liked their self-confidence and honesty. It was hard not to be seduced by this well-mannered young man – and I’m not going to lie – what a body! We ended up seeing each other for a while and I really enjoyed the time we had.

He had very little baggage – no kids or divorce stories, no ex-wives or mortgage. It was all just simple, and fun, and very, very easy to do. We only gave up seeing each other when he landed a big job in UAE. He suggested I come with him but I wasn’t ready for that kind of commitment. We’re still in touch though.

And so my ‘younger man’ habit developed. I love the way there’s so little pressure and I can date quite casually

After that though, it was quite hard to go back. Men my age seemed so boring – hung up on bad habits, often unfit. Bald! Bitter from divorce, or generally worn down by life and disappointment. And so my ‘younger man’ habit developed. I love the way there’s so little pressure and I can date quite casually – I haven’t had anyone with any huge expectations around monogamy and that’s a revelation too. It’s like finding a whole new box of chocolates in the cupboard! I’m enjoying this new experience.

I wasn’t sure what Julie would think but I suppose I imagined she’d be supportive. I was really surprised to find that she was shocked and a bit grossed out. Her initial reaction was dramatic, we had a big falling out – or perhaps I should say she shouted at me whilst I stared at her a bit dumbfounded. Since then we’ve talked more sensibly about the whole thing but I don’t really understand her issue with it.

Anyway, much as I love her, my entire life revolved around her for years, and now I feel like it’s my turn. I have no idea how long I can get away with this but unless someone can really turn my head, I’m just going to enjoy the fun whilst I can! I really hope Jules can get her head round this and be happy for me.

For as long as I can remember, it’s always been me and mum. She was both mum and dad to me growing up, filling the roles without grumbling – doing all the mum stuff like being warm and loving and telling me about life, and then doing the ‘dad’ stuff like grilling my boyfriends, or trailing out to pick me up in the middle of the night. I can’t tell you how much I love her. She’s been my absolute life.

Growing up she had some long term boyfriends, and I really liked most of them but I was pleased none of them moved in. I really liked it being just us, and I think she knew that. It never happened anyway, and although that sounds selfish I was pleased. I wonder now I’m an adult (and married!) whether she sacrificed too much for me but I guess it was her choice. I have often wondered though if she might have been happier if she could have married or had a life partner. There have been times when I’ve felt guilty about that, but I haven’t said that to her.

I have often wondered though if she might have been happier if she could have married. There have been times when I’ve felt guilty about that

When I left home, it never occurred to me that she would be upset. I couldn’t wait to get out there in the big wide world and start carving my way through the coalface. To my shame I didn’t even look back really – I used to go home during the vacs and bring my laundry and emaciated body – and she’d feed me up with decent food again, and even do my washing! Yes, yes, I know I was spoiled!

Recently we have been struggling to work on something together and I don’t know what to do about it. She’s been dating younger men – some of them the right age to go out with ME – and I’m finding it really hard to accept. I keep thinking about them having sex, I can’t help it! And though the rational part of me says ‘go on mum!’ – the emotional part of me finds it a bit disgusting.

I know she’s having fun, and I’m really trying to understand where this is going, but I wish she’d meet someone her own age

I know she’s having fun, and I’m really trying to understand where this is going, but I wish she’d meet someone her own age, have a more stable relationship and settle down. I hate to think of her being old and alone and I would love her to find true love. But how is that going to happen when she’s going out with toyboys half her age?!

At the end of the day I just want her to be happy. So I’m doing my best to get on with this. I just hope she grows out of it! Wow, does that sound weird?!