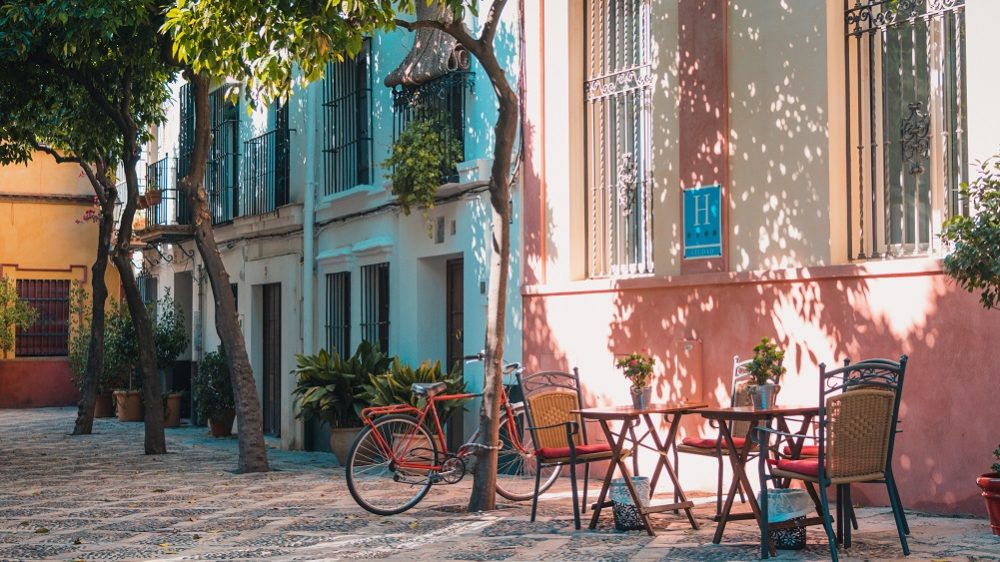 Moving house is a daunting task. Moving house by yourself over the age of 55 to a foreign country is utterly terrifying. But also exhilarating and exciting, as Laura Lockington found out…

So many times I heard ‘Oh, you’re so brave!’ I didn’t feel brave, I felt desperate. After many decades of living in a Regency apartment on the seafront in Brighton where I watched the building decline but the mortgage rise, I felt I had no choice but to move.

After the usual hell of selling my apartment I ended up going for a weekend in Palma, Mallorca, with an old friend who had just bought a holiday apartment there. Palma is a sophisticated, cosmopolitan city and stunningly beautiful. But expensive. The area I loved was Santa Catalina (like Chelsea with its mews’ and cobbled streets but a whole lot warmer) but with Chelsea price tags, too.

The waiters served drinks in chilled glasses and baby squid was thrown on a grill. What’s not to love? I thought.

Then I went to stay with some old friends who had moved into a finca (a country house) in the north of the island. They took me to Arta, a working town slightly inland that had a high street lined with orange trees, a theatre, a beautiful church perched on the top of a hill and the cheapest bar in the world complete with wobbly tables in the town square. Narrow streets with shuttered old town houses with terracotta roof tiles basked in the sun. The waiters served drinks in chilled glasses and baby squid was thrown on a grill – what’s not to love? I thought.

The local estate agent proved to be a godsend. Susan Fernandez is a British woman who had married a Mallorqian man some twenty years ago, and she showed me around. She guided me through the process of buying property – the most alarming part was that after giving a deposit, you would lose it if you backed out! But it also transpired that if the buyers backed out you would be entitled to your deposit back plus 100% which calmed my ragged nerves somewhat.

I settled on a three bedroom property built round a courtyard that had a flowering lemon tree in the centre of it. Well, it would be three bedrooms eventually. Right now one was a defunct chicken coop. A builder was found (British, after many frustrating attempts with Spanish builders who were utterly charming but couldn’t understand what I wanted, which was to make two bedrooms with en-suites so that I could B&B them.)

I sat in the dilapidated courtyard the day that the deeds were signed with the local mayor (a very civilised affair with tiny cups of very strong coffee) and vowed that I would soon be picking a lemon from my tree for my first G&T in my very own slice of Mediterranean heaven. Three months later, the builder and his wife became close friends, and I cooked my first dinner for the new friends that I had made in Arta in my courtyard with slices of lemons straight from the tree in all of our glasses.

There have been highs and lows, of course, as with any major change of lifestyle. The lows have to be the truly heart-aching feeling of knowing that your friends are no longer just around the corner, and the struggle of asking for the simplest thing can reduce you to a gibbering fool. The highs certainly include swimming in the med every day and planning an outdoor drinks party weeks ahead knowing that it will be warm. Oh, and siestas. I’m now a devoted fan of them.

There are quite a few other Brits that have made the leap from the UK and Susan Fernandez told me that there was a big demand for houses from the Brits fleeing the mothership. Interestingly, a lot of them were in my situation – single, mortgage free, and disenchanted with living in the UK for a variety of reasons. At the time of writing, nobody really knows how Brexit will affect us, but one thing for sure, the price of wine and the sunshine helps take the worry away. 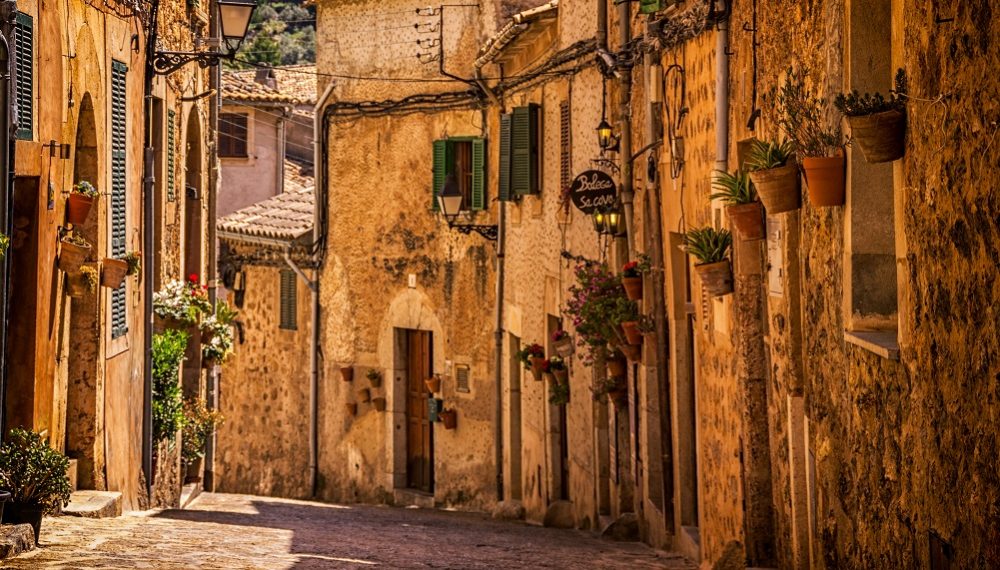 Ten tips if you’re thinking of taking the plunge

And for those of you who wonder whether it’s possible to make this work – Lemon Tree House is up and running in Arta, Mallorca! I have B’n’B guests all the time and it’s been a huge success. And as for looking back? Looking back at what?

Laura Lockington is the author of eight novels (Capers in the...