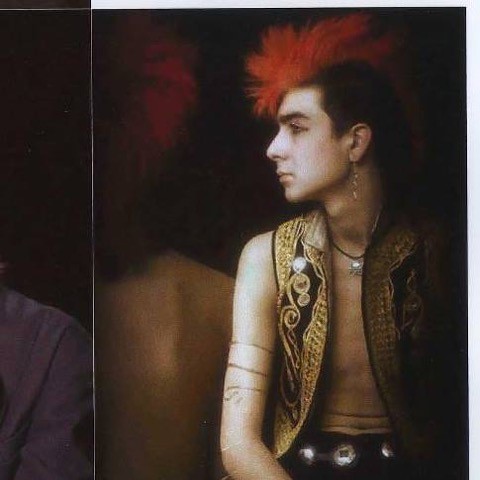 Punk vicar – when your Rev is a rebel

The Reverend Ravi Holy, 48 and married with 14-year-old twins, is the vicar of Wye, a popular, pretty village in East Kent. He is also a former Satanist, anarchist, drug addict and punk, who lived in a squat, defaced church visitors’ books and lay on pavements, swigging cider and swearing at tourists…

Having found God, rehab and therapy, Ravi turned his back on the Dark Side, was called to the ministry and ordained as a Church of England priest 14 years ago. He gave up alcohol and drugs nearly 30 years ago, but label him with the ‘more tea, vicar?’ stereotype at your peril.

He is an accomplished Elvis impersonator, who recently swapped his cassock for a rhinestone-studded white suit to sing Heartbreak Hotel at a funeral, and has a flourishing sideline in stand-up comedy. If he has a big performance coming up, he’ll ask his congregation to pray for him to be funny.

We meet for breakfast in his local pub, where he keeps a tab behind the bar: “just coffee and lunches these days.” He retains a certain rock-star swagger as he walks down the high street, stopping to pat black Labradors and take calls on his iPhone 6, and works his accessories – Prada glasses and dog collar – to full effect. 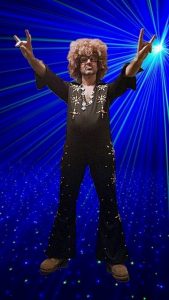 “I had a late one last night,” he tells me. Tending to a poorly parishioner, I wonder? “No, a five-minute comedy slot at the Brighton Fringe.”

Ravi has always woven humour into his sermons, but a church congregation tends to be highly receptive and grateful for laughter to lighten the mood. Even after taking a course in stand-up techniques especially designed for vicars, performing on stage in front of an unknown audience made him feel exposed.

“If a joke falls flat in the pulpit, you quickly move on to your serious message,” he says, “but quoting from The Bible in stand-up will hardly get people rolling in the aisles.”

For material, Ravi calls on true anecdotes, such as the time a bride asked if she could walk down the aisle with her three greyhounds. “For the first time, I could genuinely say the bridesmaids were a bunch of dogs,” he dead-pans. “Her mother was less than impressed.”

There was little to laugh about in his early years. Super-bright, and driven hard by his Indian father, he won a scholarship to Eton, but once there, rebelled in a big way and was thrown out, first by the elitist school, then his parents.

Never one to do things by halves, he drifted into the anarchist punk scene, developed a hard-core drug habit and became attracted to the occult after meeting a coven of naked witches while chemically buzzing at Glastonbury. He stopped short of devil worship, but saw demonic spirits when under the influence of hashish and behaved like a ‘nasty yob’.

He screamed in old ladies’ faces, snarled “God bless you” in a murderous voice to American tourists in a church, and dropped a flaming copy of Radio Times with Jesus on the cover into the street.

When two friends died young, Ravi’s life of chaos began to feel less like liberation and more like a curse. In a Cambridge pub after a funeral, he found himself saying to God: “If you help me now, I’ll serve you for the rest of my life.” 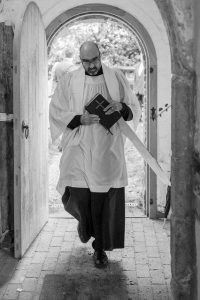 “I expected him to say: ‘You must be joking’, but he didn’t. Since that day, I haven’t touched a drug or drop of alcohol.”

He spent the first years of sobriety working as a private investigator and computer salesman, attending a Pentecostal church and playing in a band, God’s Government. Rather than adopting one of the ‘cool’ religions, like Buddhism, he felt called to the Anglican priesthood. Bearing in mind the challenge his CV presented, his interview was perfect comedy material.

“The Bishop read: ‘Anarchist, drug addict, Satanist, Pentecostalist… hmm, I can see a problem here. What made you become a Pentecostalist?’”

Of course, Ravi made the cut. He’s a highly-popular parish priest, who gets away with taking selfies in the pub with former Archbishops of Canterbury. These days, he channels old-lady-in-hat power, both in his church and in support of Heal For Life, the charity he helps run, which helps sufferers of childhood trauma and abuse. Has he ever felt the weight of middle-class, middle-England disapproval, I asked?

“Remember, I’m an old Etonian,” he twinkles, “that covers a multitude of sins. Even if you’re kicked out, it’s a kind of Get Out Of Jail Free card.

“I’m lucky, I can play different systems. At a bikers’ wedding recently, I joined the band in a rendition of Black Sabbath’s ‘War Pigs’.”

Ravi’s no Vicar of Dibley – but this one-time devil has all the best lines.

In keeping with the kind of guy Ravi is, we put some questions to him – some of which are from the devil on your shoulder, and some from the angel on the other side!

Q Does God want me to feel guilty?

A No. Guilt is never good. God wants people to be happy, simple.

Q Should I go to church on Sundays?

A God doesn’t really mind. It’s about being church, not going to church. But Christians need a relationship with other Christians. Like football, it’s all about team spirit.

Q Is Christianity a good insurance policy for getting to Heaven?

A Lots of people turn to religion in mid-life as their sense of mortality dawns, but our ancestors worshipped God with no expectation of the after-life. Even in Jesus’ time, the notion was a 50/50 debate. Far better to live the best life you can in the here and now.

Q Will God make me understand the meaning of life?

A I believe that God is real, so connecting to the creator of all things must have a positive impact. You don’t need to be a Christian to be a positive agent though. Do good stuff – help out at a soup kitchen or pop in on the lonely old man next door. For me, it’s much more than ‘being a nice person’ because God has opened up so many possibilities.

Q Is Jesus a hipster?

A He certainly has the beard and the sandals. I’m not sure if he could transform water into craft ale.

A Surely A Little Less Conversation. The lyrics go: ‘A little less conversation, a little more action please.’ God is more concerned with how people act and treat others than with what they believe.

A God and I have our own joke, because when I became a Christian, He inspired me to change my surname to Holy. People find it amusing I’m called Ravi Holy (say it fast in a Cockney accent), but if I’d stuck with the Pentecostal route, I’d have been Pastor Ravi Holy.

Q Does God love you more as punk Ravi or Rev Ravi?

A Absolutely the same. Like any good parent, He wants us to do and be good, but loves us just as much when we’re not.

Q Is Jesus a Corbynite?

A They have the same initials, so quite possibly. 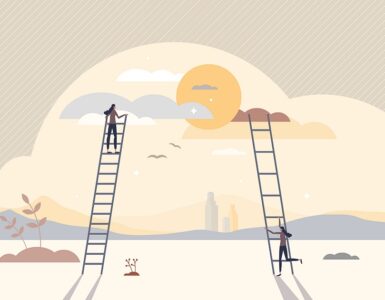 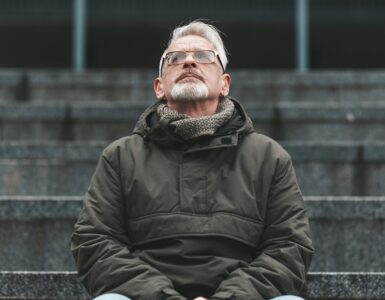 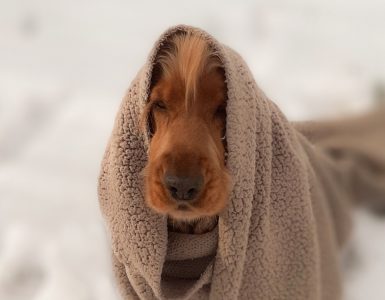 People at parties often ask journalists which story they remember...