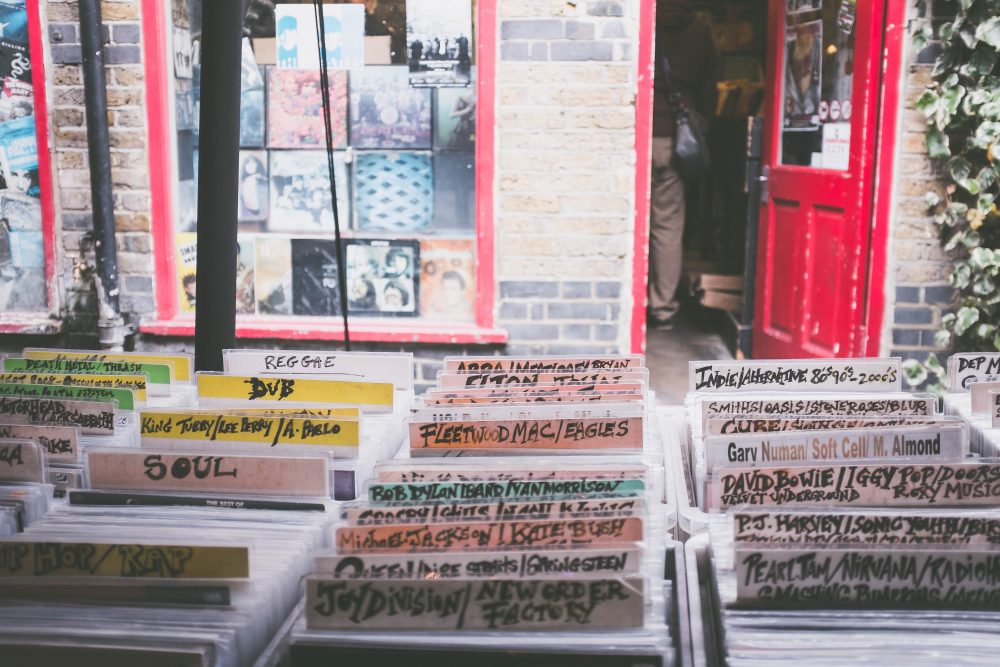 We’ve probably all had these obsessions: Girls, boys, cars, clothes, football… and music; and that’s been perhaps my longest lasting obsession, along with its most durable format, vinyl.

Obsessions, I had a few. But then again, too few to mention… Yes, I’ve tinkered with the words from the one of the most covered songs in the history of popular music, ‘My Way’. I didn’t really start obsessing about the opposite sex until I was 10 or 11. And I didn’t really start buying music until about then either. But my obsession with music started when I was very young.

I have somewhat mangled memories of ‘Sugar Sugar’ and ‘Downtown’ playing on the car radio whilst I was living in Canada, and my Mum receiving The Beatles’ White Album as a Christmas present. When I moved to England, I was soon exposed to Top of The Pops. How could you forget a lewd Alvin Stardust pointing his bejeweled black glove at the camera whilst gripping his mic in that idiosyncratic manner, singing ‘My Coo Ca Choo’? Or the glam rockers Sweet, decked out in lipstick, hairsprayed long hair, high platforms and preposterous gold onesies, lip syncing their number one smash ‘Blockbuster’?

After a brief dalliance with classical music and the start of a love affair with The Beatles, I bought my first ’45 in 1978, when I was 13.

One thing led to another (although I assiduously avoided the fashion excesses) and one day I ventured into WH Smith in Bristol, and bought my first record. It cost 25p, and was one of those ubiquitous Music For Pleasure cash-in compilations that featured all the hits of the day, although little did I realise at the time that Musician Union rules meant that specialist bands came in to the studio to mimic, nigh on perfectly, the original. The sales clincher however was the erotically charged image of a Bondesque sea diver, with her zip top a long way undone, and a knife sheathed to her thigh. I still have that record, sticker’n’all. And every now and then, when I revisit my collection, memories come flooding back. I always wonder what ever happened to that impossibly glamorous lady… 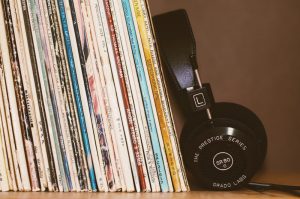 Slowly, but surely, I got a little bit obsessive. After a brief dalliance with classical music (Beethoven’s Fifth et al), and the start of a still-enduring love affair with The Beatles via their Abbey Road record, I bought my first ’45 in 1978, when I was 13; Electric Light Orchestra and ‘Mr Blue Sky’, much to the amusement of my post-punk mates. Blondie, Elvis Costello, Squeeze and the like all quickly followed suit, before I properly ventured into the world of the long player. And for the next few years I spent a great deal of money (I was working part-time by then) and time checking out second hand records at Tony’s in Clifton Village. You could ask to hear anything you wanted before purchase, whilst the sales assistant seemed to be perpetually cleaning records rather vigorously with a cloth. And I also ‘borrowed’ a few records from my older cousin who had many head expanding delights such as Black Sabbath’s self-titled debut album, Pink Floyd’s Ummagumma, and King Crimson’s In The Court of King Crimson, all of which I played over and over again.

I also owned one of those 70s contraptions whereby you could stack up to seven records on top of each other, thereby negating the need to get up and change the music or flip over. These days, whenever I put on one of those old records I still marvel at the fact I can remember almost everything about them; where all the notes, chords, and lyrics go… Yes, our generation did listen to a record from start to finish. That is what one did, especially the good ones.

And that is what many are starting to do again, albeit on a much smaller scale, for vinyl has come back from the brink of extinction. From a paltry 200,000 albums sold in 2007, a total of 3.2m LPs were purchased in 2015 in the UK, and rising, with David Bowie’s Blackstar the biggest seller. How could this be? This old fashioned format that is highly susceptible to wear and tear, which takes up acres of room(s), requires a working record deck, and which weigh a tonne when one has to move?

Mountains of columns, papers and opinion pieces have been written extolling the delights of polyvinyl chloride; ironically a synthetic material, which seems to harbour within its grooves a warmth and depth missing from CDs and digital files. Then there’s the artwork. You can see it clearly! There’s also its tactile qualities, and the ritual of taking it out of its sleeve, and placing it on a record player. And the internet has played an incalculable role in allowing interest in vinyl to be revived. Moreover, vinyl has become more collectible than ever. If I had a £1 for the number of people who now regret getting rid of their collections… Although I have got rid of many hundreds of albums over the years – and a fair few I now regret doing so – I have retained a large collection, and still buy them now and then. I can’t help myself. Like an everlasting love affair, I need to stoke the fire of passion. Damn it, I still love music! 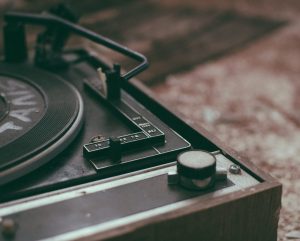 Because of the revival of the vinyl format, many record stores continue to survive, nay prosper in places. Margins are much higher for vinyl, as opposed to CDs or digital formats, with artists benefitting commensurately. And our present-day hear-it-when-you-want-to culture has, somewhat ironically, encouraged people to seek out a physical copy. Specialist websites such as Discogs are now a huge market place for the buying and selling of old and new vinyl (as well as excellent indicators of value, should you have some old and dust-collecting records lurking around). Almost everything ever manufactured is available somewhere if you really want it that bad, and are willing to pay for it. Which some of you do, it seems.

The internet has played an incalculable role in allowing interest in vinyl to be revived. Moreover, vinyl has become more collectible than ever.

Brighton, where I now live, is blessed with record stores. Indeed, there’s one (The Record Album) that has been in situ since 1948, and is run by George Ginn, who is now in his late 80s. It’s a beautiful little shop run by a beautiful little man. It’s full of rarities, with film soundtracks his speciality, but also more commonplace records, all second hand, and all in mint or near-to-mint condition. But his smile will quickly fade if you ask if he has any CDs for sale (he doesn’t). Instead he will say about vinyl: “…(people) have realised what a gorgeous sound it is, and without a question it is the finest music medium ever produced.”

Snaps, crackles and pops notwithstanding, I thoroughly concur.

I couldn’t end this article without the inclusion of some kind of ‘best of’ list (a la High Fidelity) – so here is mine. My Top 13 Faves of all time…

1969 Neil Young – Everyone Knows This Is Nowhere