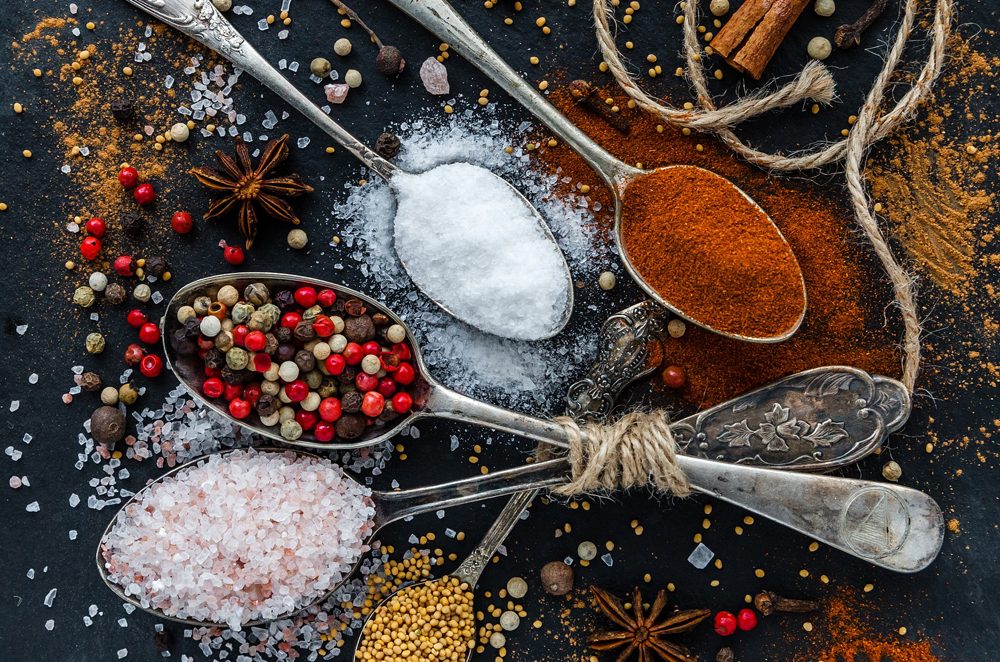 The Spice of Life: 5 anti-cancer spices and how to use them

Spices have been treasured for thousands of years, for both their medicinal properties and their monetary value.

The ancient Egyptians were as interested in their health benefits as scientists are today. Here we look at five star spices that have been explored for anti-cancer benefits …

Scientists have studied turmeric perhaps more than any other spice, largely for its anti-inflammatory and anti-cancer properties. Thanks to a vibrant antioxidant called curcumin, turmeric turns everything bright sunshine yellow.

Curcumin has been shown to prevent cancerous tumours; a) from starting to develop; b) from maintaining a blood supply to feed themselves (angiogenesis); and c) from growing and spreading.

Additionally, curcumin has a direct impact on your immune system, helps trigger cancer cell death (apoptosis) and may also have an influence on gene expression. The curcumin in turmeric is poorly absorbed, but this can be hugely improved with the addition of a little black pepper and a little oil. 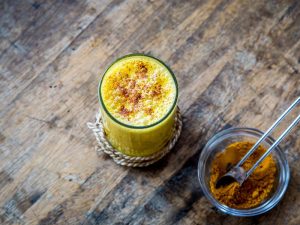 Add a cup of almond, rice or oat milk to a pan together with 1tsp turmeric, a twist of black pepper, 1tsp coconut oil plus any spices you have to hand, e.g. cinnamon, ginger, cardamom, simmer for 10 minutes.

Scientists have specifically studied ginger in prostate cancer as well as breast, lung and other cancers.

Ginger can be used either fresh or dried to add a fiery zing to dishes. Ginger’s anti-cancer properties include being able to prevent tumours forming their own blood supply (angiogenesis) as well as triggering cell death (apoptosis). Scientists have specifically studied ginger in prostate cancer as well as breast, lung and other cancers.

Get some ginger zing on your plate
Ginger and lime salmon 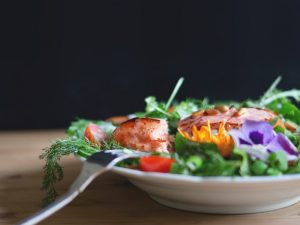 There is a wealth of research exploring cinnamon’s anti-cancer properties. It has been shown to stop tumours growing, and to trigger apoptosis to kill off cancer cells.

Cinnamon is another warming spice that not only helps to add sweetness to a dish, but may also help keep your blood sugar in balance. As with turmeric, there is a wealth of research exploring cinnamon’s anti-cancer properties. It has been shown to stop tumours growing, and to trigger apoptosis to kill off cancer cells. These benefits have been studied with many different kinds of cancer, including colorectal, cervical, melanoma and lymphoma.

A great way to start the day
Cinnamon pancakes 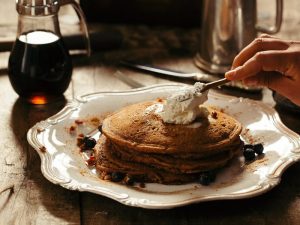 Make pancake batter with a cup of brown rice flour, an egg and either water or buttermilk. Sweeten with honey or molasses plus 1tbsp cinnamon.

Coriander is a European and Middle Eastern herb, whose seeds may be used as a warming spice, and leaves chopped fresh onto curries and stir-fries. And coriander is another rich source of antioxidants, which protect your tissue and its DNA from damage. This is considered key in cancer prevention. It is also used as a chelating agent to help mop up toxic heavy metals, such as lead and mercury.

A delight to dip
Coriander houmous 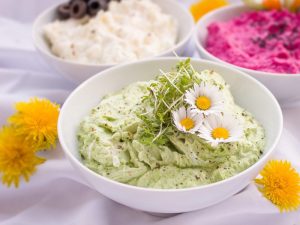 Fenugreek is a classic in Indian curries, and has a bitter flavour that is said in oriental medicine to benefit the heart. The anti-tumour properties of fenugreek seeds have sparked interest among a number of scientists, largely within the study of breast cancer. Its active compound, diosgenin, has also been shown to inhibit colon and lung cancer cells too.

Sizzle on the side
Sweet potato with spinach and fenugreek 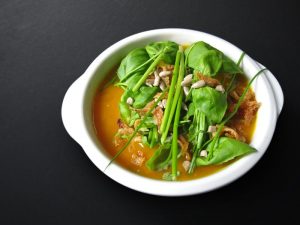